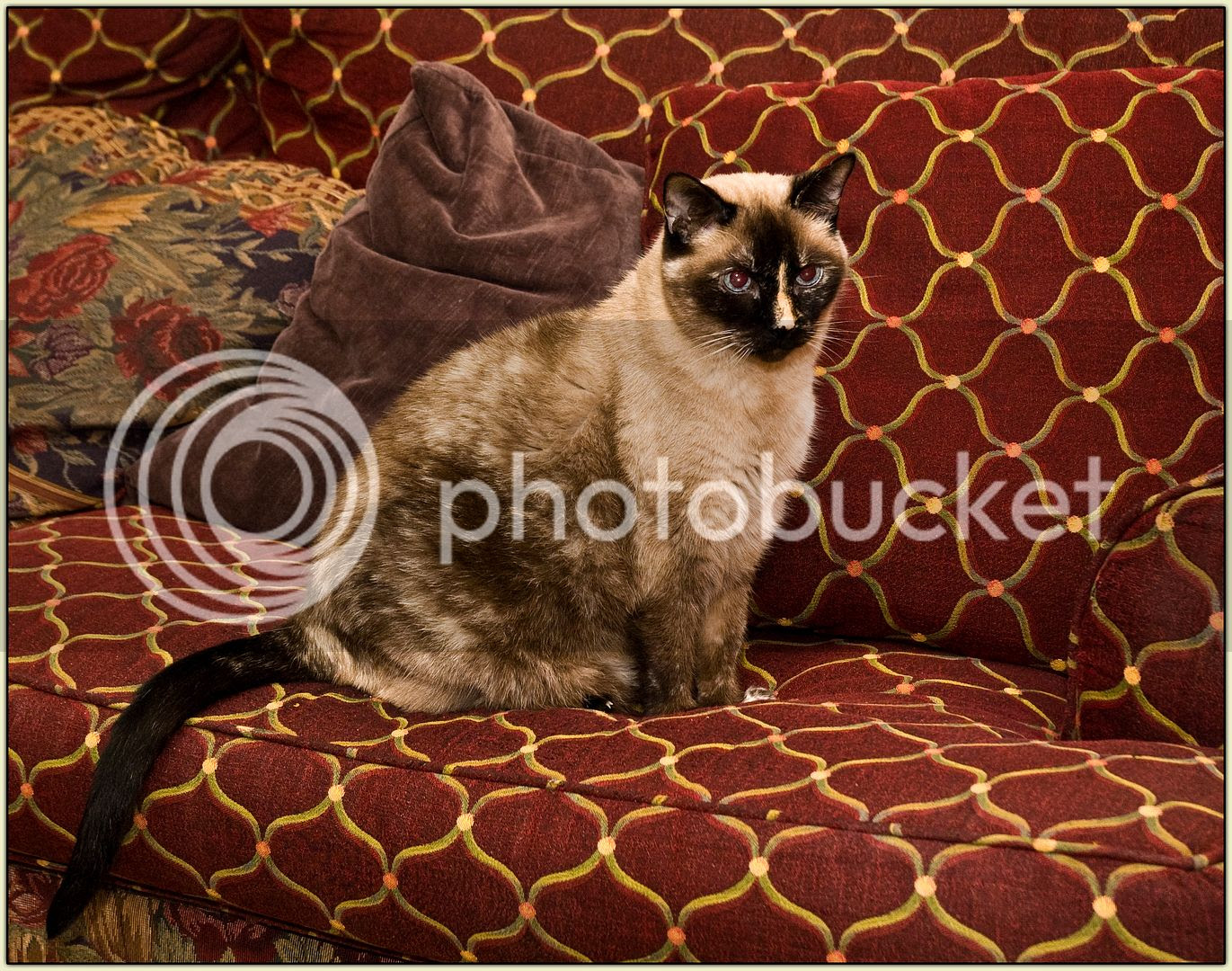 In our household, cat-juggling is a way of life.

No, it’s not remotely comparable to dwarf-tossing. We don’t actually pick the cats up and throw them around. Perhaps a brief explanation is in order... 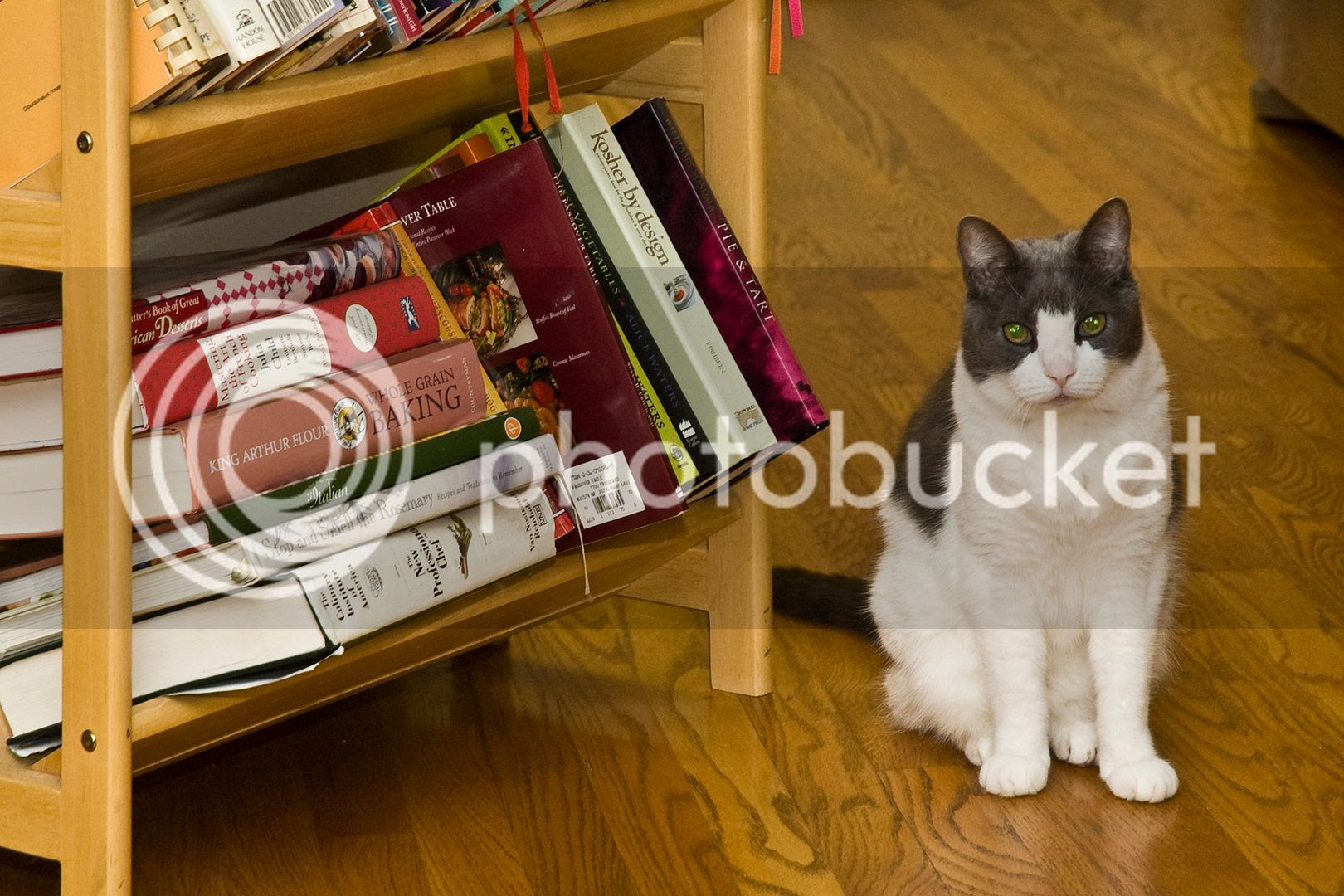 Hakuna, the official Resident Kittycat at Chez Elisson, tends to be fairly quiet these days, but past experience tells us that she is not likely to be especially friendly with Bernadette (or any other cat) should they meet face-to-face. And so, rather than take the chance of traumatizing either of them, we’ve been keeping them apart from one another.

It’s not all that difficult. Bernadette has her own bedroom, complete with food, water, and a litterbox. Likewise, Hakuna has a supply of food and water - and her own litterbox - in the master bath. (There’s also food and water and another litterbox downstairs.) When Hakuna has the run of the house, Bernadette stays in her room with the door closed... and when Hakuna settles in in our bedroom, we close the door and let Bernadette come out and roam around. Juggling the cats, we call it: They stay out of each other’s way, and they are both happy.

Bernie is very quiet: she does not advertise her presence vocally. Nevertheless, I’m sure Hakuna suspects there’s another cat around. 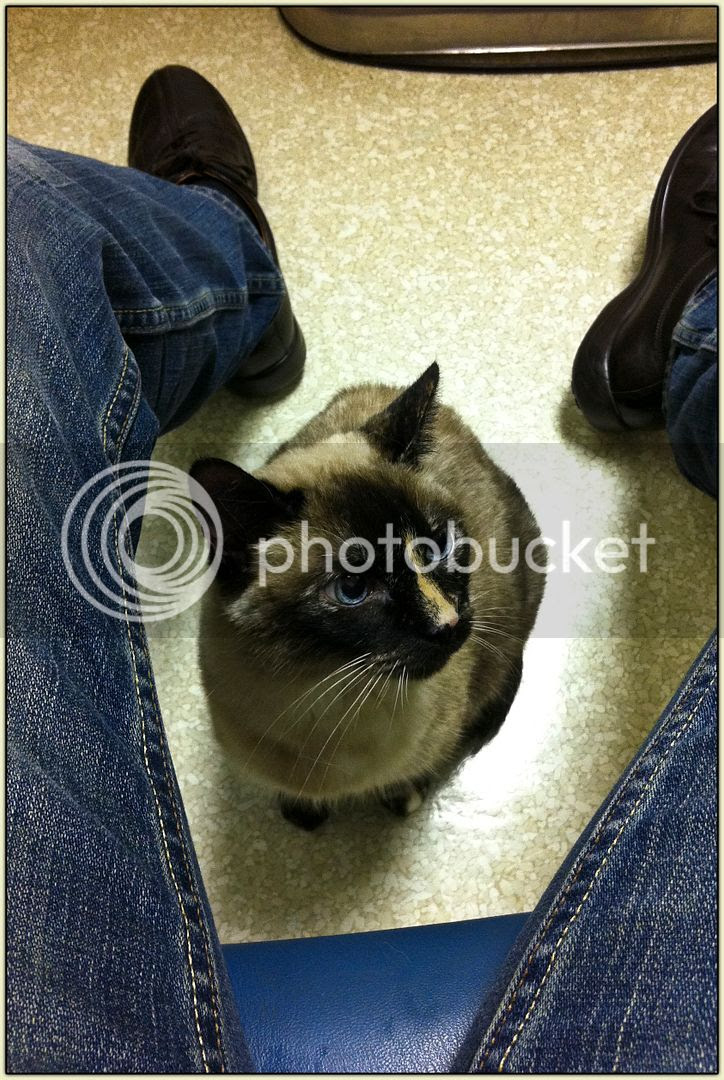 Like Neighbor, the Mistress’s previous Animal Companion, Bernadette is a climber. She has managed to scale the highest pieces of furniture in my office, thus far (keyn ayin hora) without knocking anything over. And she has taken a real liking to Hakuna’s Senior Citizen Kitty food, devouring it by the bowlful. Weird... kinda like a thirty-year-old turning down a T-bone steak and instead going for the Early Bird dinner special with extra prunes and Metamucil.

Maybe we’ll let these two meet each other when the Mistress returns. To be continued...
Posted by Elisson at 11:10 AM