I’m having beets for breakfast
Pickled, roasted, or just raw
Much better than granola
They’re the best you ever saw

Move over, Cheerios and Lucky Charms
When I eat them beets, them lovely beets
I cannot come to harm

I’m having beets for breakfast
Deep purple, they are dyed
And when I go to drop a deuce
I might be horrified

And then he told me, “I’m a man
Born of good Southern stock
The kind of wholesome yeoman
Whom the damned elitists mock

“But knowledge, wealth, celebrity
Are things that do not last
As soon as you achieve them
They fly, they fly so fast 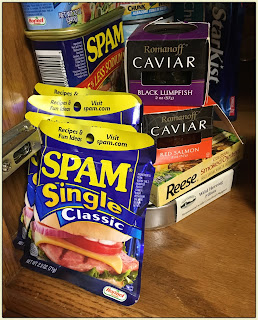 ON THE VIRTUES OF BIBLICAL BREAD

“Take also unto thee wheat, and barley, and beans, and lentils, and millet, and spelt, and put them in one vessel and make bread of it." - Ezekiel 4:9

Apparently, a lot of folks look at the Scriptures as more than nourishment for the soul: they’re a cookbook as well. At least, that seems to be the thinking behind Ezekiel Bread, which is made from a variety of sprouted grains that includes the above-mentioned wheat, barley, beans, lentils, millet, and spelt.

Sprouted grain bread is actually pretty nutritious, even though it contains millet, with which I first became familiar when we fed our parakeet. A sprouted grain contains less of the carbohydrate-rich endosperm than does its unsprouted comrades, while providing a higher proportion of protein. Good, and good for you!

I’ve eaten Ezekiel bread and breakfast cereal, and it’s reasonably tasty. The cereal bears a superficial resemblance to Grape-Nuts, with only minor differences in texture and flavor. Fortunately, it does not give me the kind of hallucinatory visions that are familiar to anyone who has spent a lot of time reading the Book of Ezekiel.

Basing your recipes on the Bible is tricky business, though. Just look at us Red Sea Pedestrians: we follow in the steps of our ancestors who were in so big a hurry to get out of Dodge that their dough had no time to rise. Thus, we eat the famously constipating unleavened bread known as matzoh.

And if you put the proper context around Ezekiel’s recipe, you find that it was intended as a punishment: a bread to be baked over burning human excrement.  This gives a whole new meaning to the time-worn expression “holy shit.” Perhaps it explains those hallucinatory visions, too.

Hey, we now know that Flavortown has been around for a loooong time. Take that, Guy Fieri!

ARSE ELECTRONICA, or THE OUTSMARTUS PHONE

She lies in repose, with her face all aglow -
Aglow, but not with desire.
She is lit by the Super-Smart Handheld Device
With its world-containing screen’s fire.

A political rant? If you wish to indulge,
Just tap a few taps on the screen.
You can read any screed ’til your eyeballs will bulge
And you stand on your sofa to scream.

There’s a recipe there that is tasty, no doubt:
It uses some livers and leeks
That are free range, organic, and GMO-free,
And are grown by some real hippie freaks.

The pictures of cats, they are thick on the ground
(Or more properly, thick on the screen)
This one flushes toilets while riding a Roomba!
This video has to be seen!

O, look - here’s a quiz that’s purporting to tell
Me what famous personas I share;
Or who I most resemble, or how much I dissemble,
Or if I like Yogi the Bear.

We go out for dinners with fam’ly and friends
And at some point (it’s hard to predict)
The smartphones come out and the talking all stops
And I think to myself, “We’re all licked.”

“I contain multitudes” - so the glowing screen says.
O, how can we hope to compete?
We are only human - we’re not all that smart -
And constructed of fallible meat.

So she lies in repose, with her face all aglow -
Aglow, but not with desire.
She is lit by the Super-Smart Handheld Device
With its world-containing screen’s fire.

Labels: Miscellaneous Rants, She Blinded Me with Science, Vile Doggerel
Email ThisBlogThis!Share to TwitterShare to FacebookShare to Pinterest

A REFLECTION UPON COMPLETING THIS LATEST SOLAR CIRCUMNAVIGATION

Time Marches On
or
It Sure Beats the Alternative

It’s hell, they say, when you get old.
Your toenails all are caked with mold,
Or maybe other kinds of fungus.
It’s hard to breathe with ancient lungus.
All bloodshot are your rheumy eyes,
All weak and stringy are your thighs.
Your pancreas is stiff and sore,
And buttocks droop towards the floor.
With exercise, your muscles ache,
It feels like all your bones will break.
You day by day get soft and flabby,
Your disposition loutish, crabby.
Digestion, once a simple task,
Becomes a chore (and please, don’t ask.)
Shoulder joints all get bursitis.
Your bladder wakes you up at nightis.
Your backbone gives you many pains.
Increasingly sieve-like grow your brains,
Until you cannot keep in mind
that “this is your elbow, that’s your behind”:
Getting old, it is not kind.

But whene’er these thoughts go thro’ my head,
I think: “It sure beats being dead.”

[Last posted about a decade ago, on a certain young lady’s birthday] 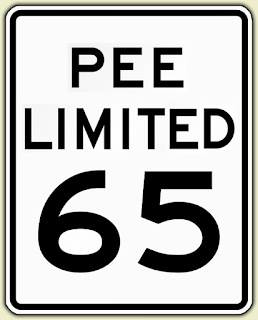 Why, yes - it’s my birthday. However did you know?

HOME OF THE GRAVE

In America, we know how to have fun
From the ski slopes of Utah to Florida’s sun
You can gamble in Vegas with your girlfriend or wife
And if you lose the bet you can pay with your life

Las Vegas, Orlando, Sandy Hook, Columbine
They massacre dozens, but we act like all’s fine
There’s a sickness that gnaws at our country’s inside
And no more safe places to go run and hide

[This would make a dandy country song. Anyone wanna put it to music?]

BEHIND THE CURTAIN: A 100-WORD OBITUARY 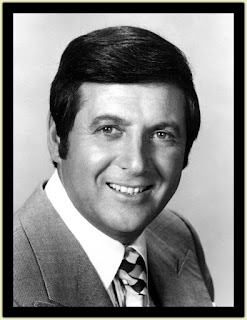 Monty was having the dream again, but it was different now.

The curtains were there, as always... but this time he was one of the contestants. Standing on his usual mark was a guy with glowing eyes, leaning on a scythe. And the curtains were black, so black they seemed to suck the light out of the room.

Curtain One opened to reveal a shiny Cadillac hearse.

Monty knew the paradox that had been named for him. “Three,” he croaked.

Of course. The goat.

[Monty Hall, noted game show impresario, passed away Saturday at age 96. Now he gets to see what’s behind the Final Curtain. Ave atque vale.]
Posted by Elisson at 10:03 AM 0 comments