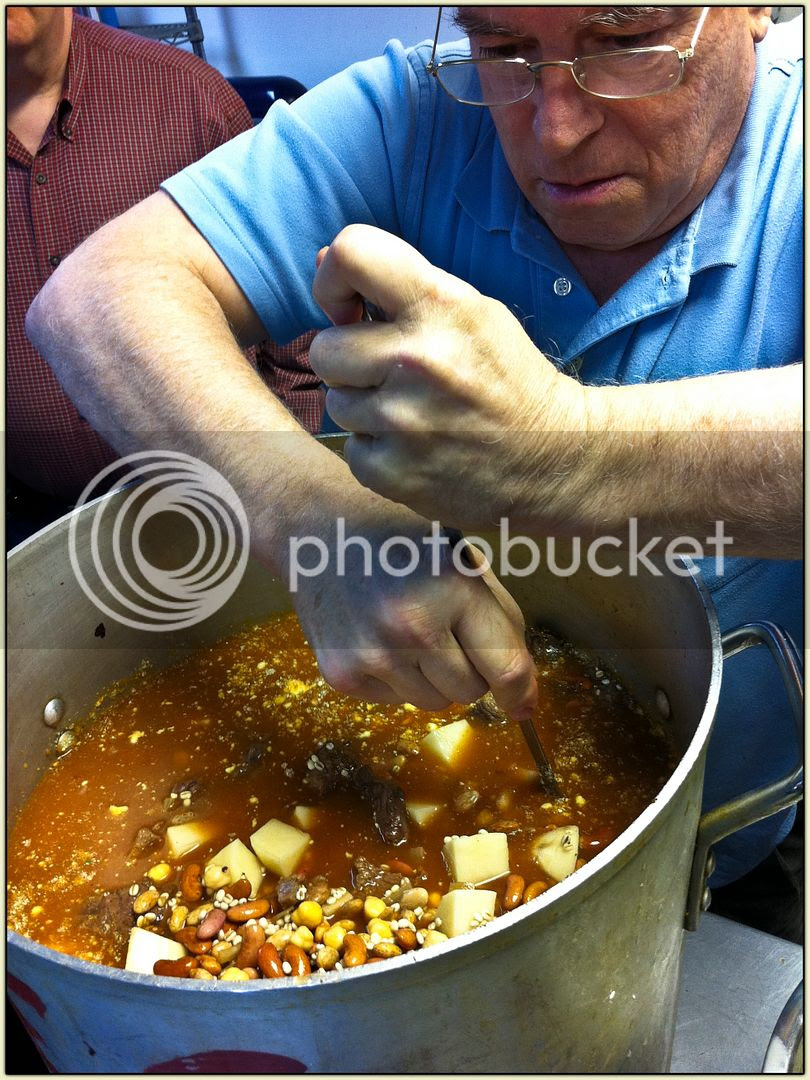 Stefan stirs the pot as the Minyan Boyz prepare for Men’s Club Shabbat.

Yesterday, a group of the Minyan Boyz congregated in our synagogue’s meat kitchen to do a little cooking.

Our mission: prepare enough cholent to feed a small army. Bean stew for 250, the centerpiece of our Men’s Club Shabbat luncheon the following day. About fifteen gallons worth, by my calculations.

Cholent, for those of my Esteemed Readers who may have missed my earlier post, is nothing more or less than a Red Sea Pedestrian version of cassoulet, the quintessential French peasant dish. It’s mostly beans and potatoes, with a little meat thrown in; the perfect dish for a hungry crowd with empty wallets. (The meat, of course, will be beef or chicken, pork products being on the verboten list. So much for a true French-style cassoulet.)

Our cholent, in keeping with the spirit of the dish, was a bit of a hotch-potch of several recipes. Its primary components were beans - kidney and pinto. To that was added a heaping helping of chickpeas, a bunch of barley, and a passel of potatoes. For extra flavor, a pile of diced and sweated-down onions and a handful of thyme sprigs. We hacked up ten pounds or so of glatt kosher beef shank, browned it off, and added it to the pots; I then deglazed the pan with a bottle of Leininkugel’s fine lager and added it as well. Plenty of paprika, a liberal handful of salt, some powdered chicken base, a few cans of roasted garlic tomato sauce, and a goodly dose of black pepper completed the picture. Then we brought the cauldrons up to a steady simmer, laid in a few slabs of kishke, and set the whole thing in a slow oven to sit overnight. 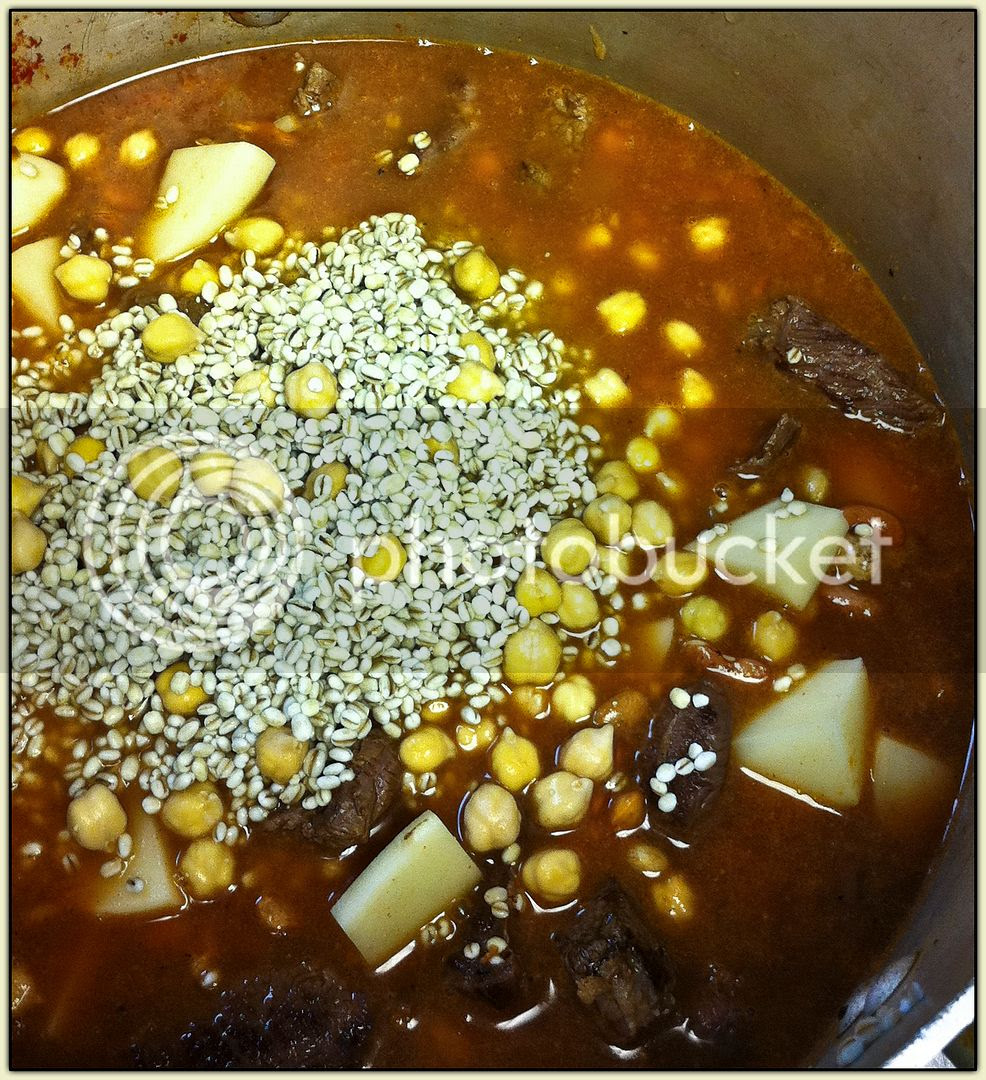 After today’s Shabbat morning services (and a toast with some fifteen-year-old single malt), our Bean Stew for a Mob had cooked down to glorious, aromatic deliciousness and was ready to dish out... and I am pleased to report that it was the best honkin’ cholent I have ever had the pleasure to put in my pie-hole. I ended up eating two bowls of the stuff.

For extra protein, we also served hot dogs... and in case anyone felt like a little carb-loading, potato knishes.

For my part, I took one of the hot dogs sans bun and condiments and shoved it into my bowl of cholent, thus inventing - you guessed it - the Cholli Dog.

Nothing like eating beans and weenies while wearing a beanie, says I.
Posted by Elisson at 10:09 PM

And perhaps the added ingredient of bearing a weenie.