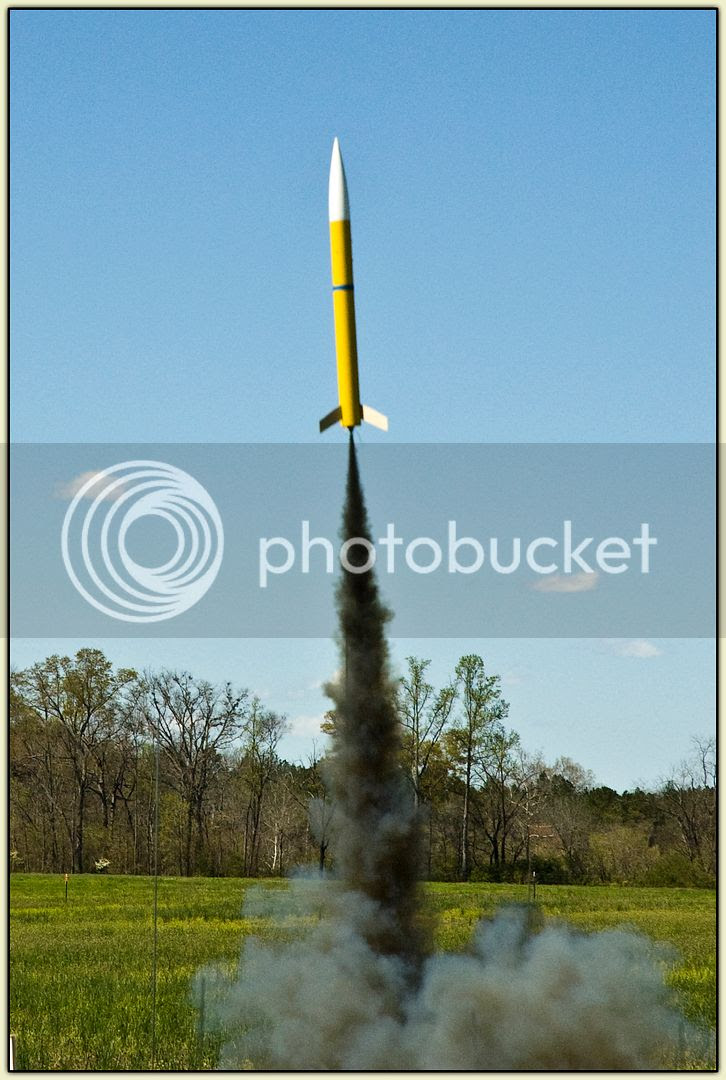 The skies were blue last Saturday over Calhoun, Georgia, with a stiff breeze that averaged some 15-20 MPH. A bit on the windy side, but otherwise a perfect day to see a bunch of rockets flying.

I had seen on my Facebook feed early Saturday morning that there was a three-day high-powered rocket event going on. I had already missed Friday’s action, and Sunday the Missus and I were going to be preoccupied with attending Houston Steve’s daughter’s wedding... so if I were going to catch any part of GRITS-1 (“Georgia Rockets in the Sky”), it would have to be just a couple of hours that very afternoon. Fortunately, Calhoun is only an hour drive north: normally, these high-power launches are held somewhat farther away in Winterboro, Alabama or Perry, Georgia.

Despite my short time at the launch, I got to see plenty of interesting flights. Sure, there were the kids with their low-power Estes rockets - the kind of stuff I used to fly as a young Snot-Nose 45 and more years ago - but there were plenty of folks with much bigger birds. F’rinstance...

“Some call it a spear, some call it a rocket”: Haley Huff’s “Girl Power,” which needs at least an M-class engine to fly. 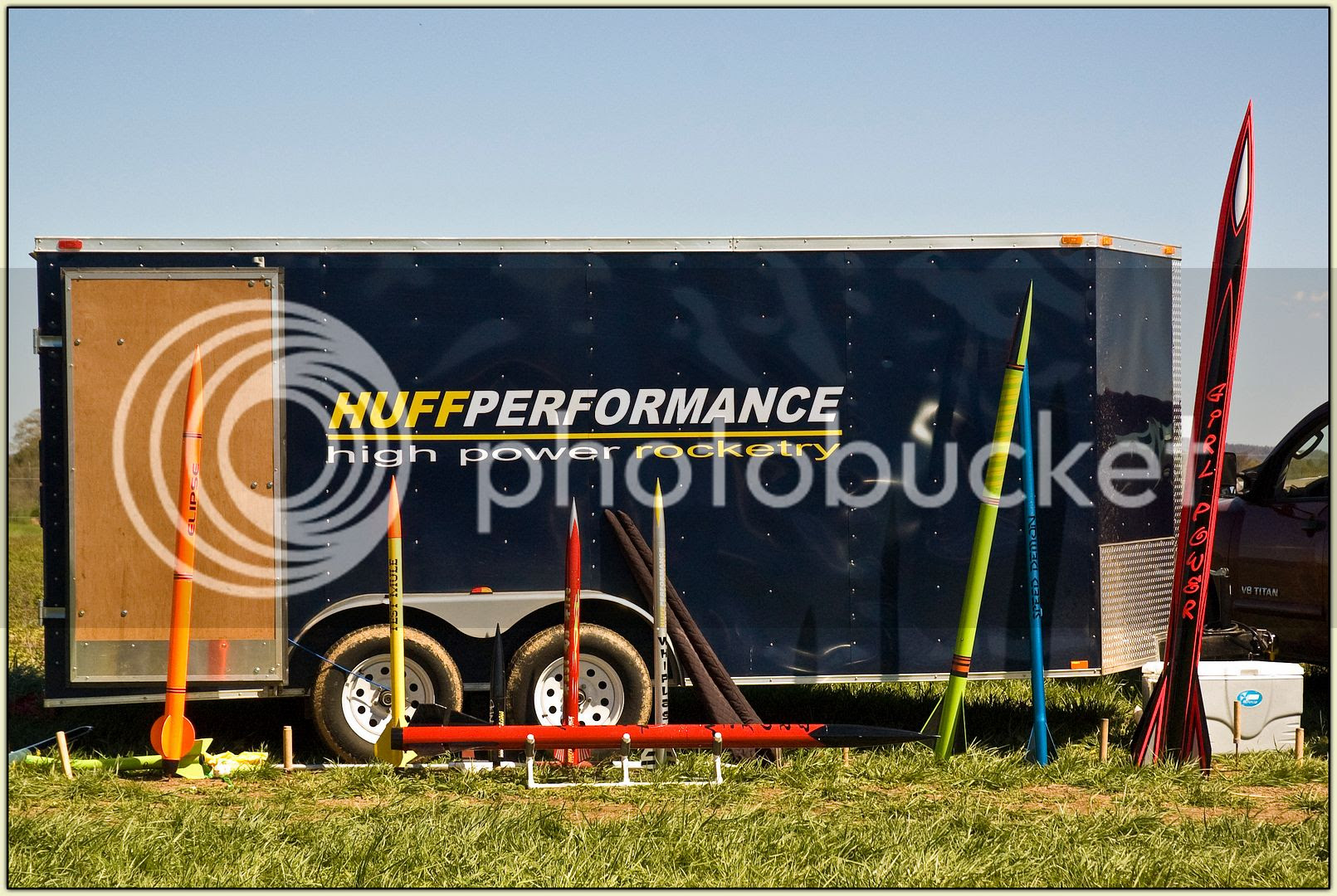 A few more of those “bigger birds.”

High-powered rocketry is a much different animal. Unlike the relatively unregulated low-power end of the model rocket spectrum, high-power rockets (roughly defined as anything with an H-class engine or bigger; or weighing over 1,500 grams; or using airframe components made of metal), are big and expensive. Whereas small engines are one-use affairs consisting of black powder packed into a (thick) cardboard cylinder, high-powered motors use exotic propellants like aluminum perchlorate and reusable aluminum engine casings. The propellant charge for a single flight can be $150 or more; I saw one O-class engine load there that sold for just north of $3k. That’s enough to loft a honkin’ big rocket.

We didn’t see anything quite that humongous Saturday, but the final flight of the day was a nine-foot tall rocket propelled by an M-class engine, some 900 times more powerful than those little bitty rockets of my nerdly youth - or, for that matter, of a few recent blogmeets. It took off with a most impressive roar and flew damn near out of sight. Alas, because the Propulsion Engineers were in such a hurry to set it up and fly it before the event’s FAA clearance expired for the day, they neglected to arm the recovery system, with the result that the rocket drilled its way straight into the ground after its brief but impressive journey.

High-powered (M-class engine) rocket flown at GRITS-1 April 3. Click on any of the images to embiggen.

It was over all too quickly... mainly because I was flying solo and did not care to stay for the barbecue and night launch. There’s only so much nerdly fun I can manage in one day, after all. But I’ll be looking to see when the next event comes along, even if I have to schlep to Alabama to see it!

More pics below the fold. 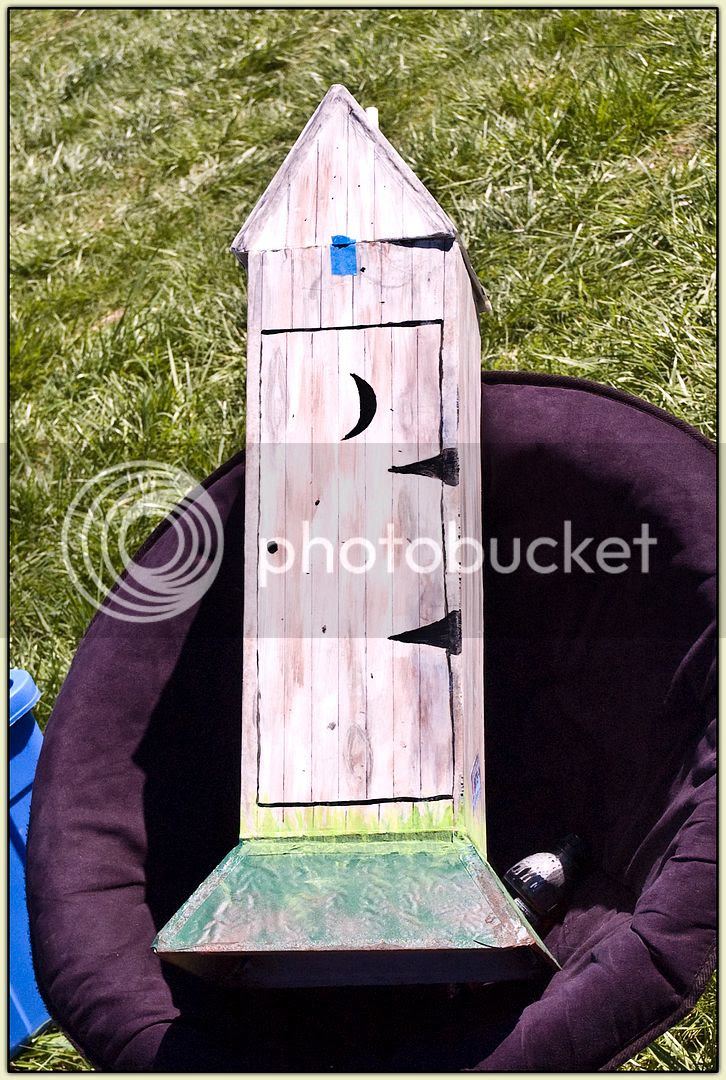 Dumper in the sky: this outhouse-shaped rocket actually flies. 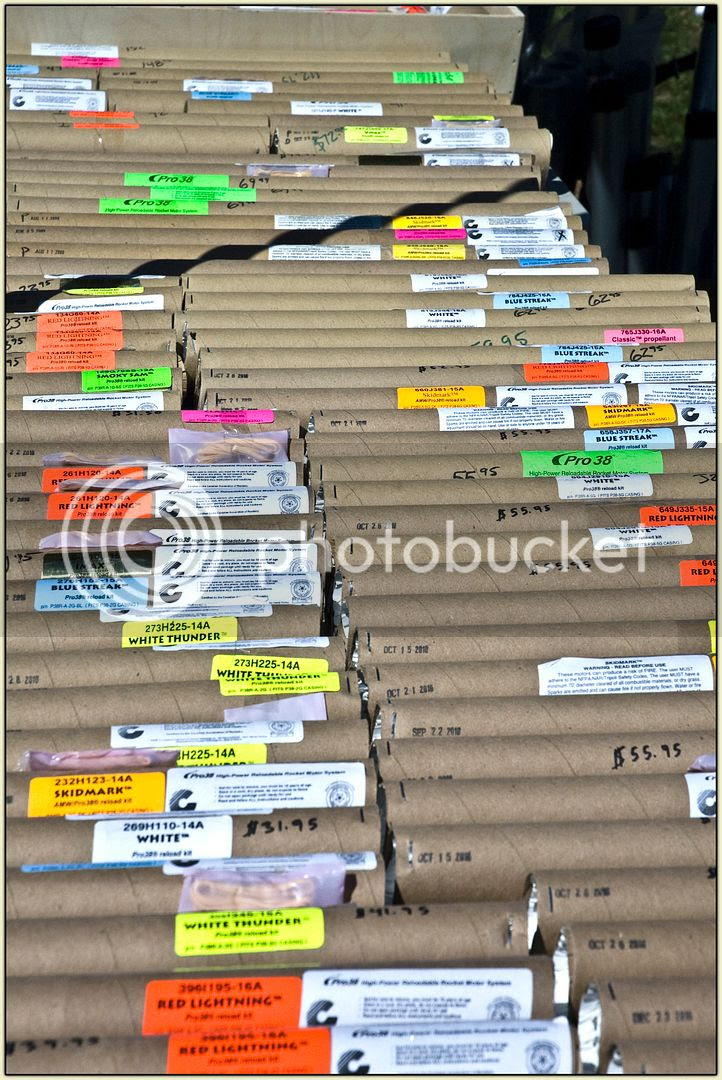 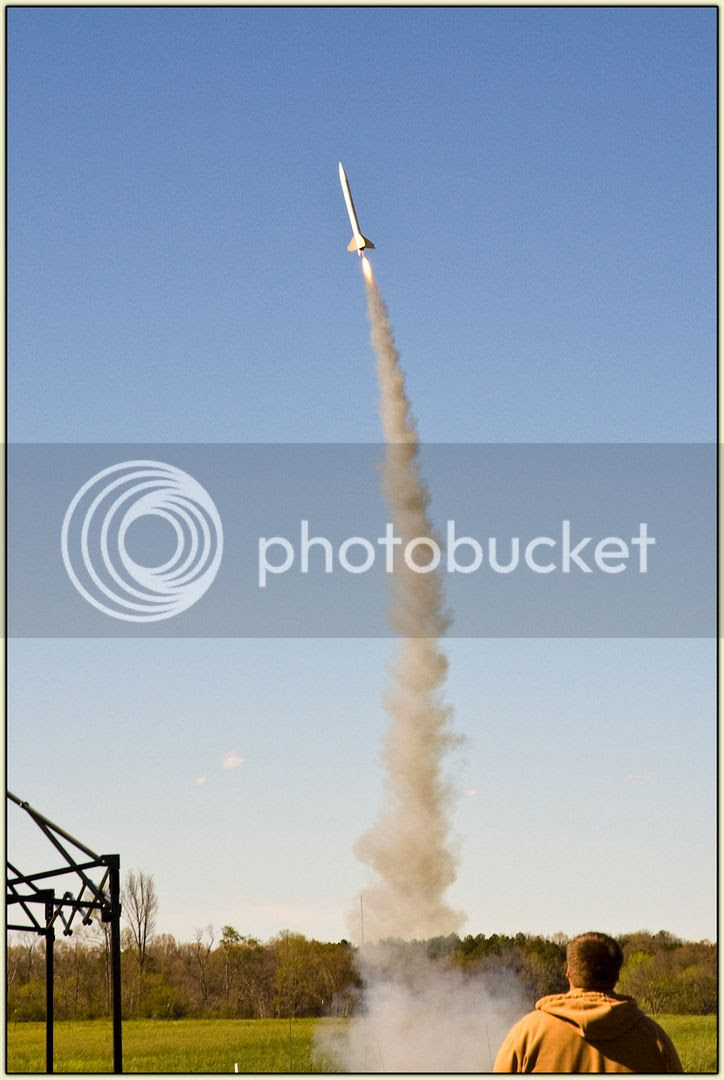 Another high-powered flight leaves the pad. 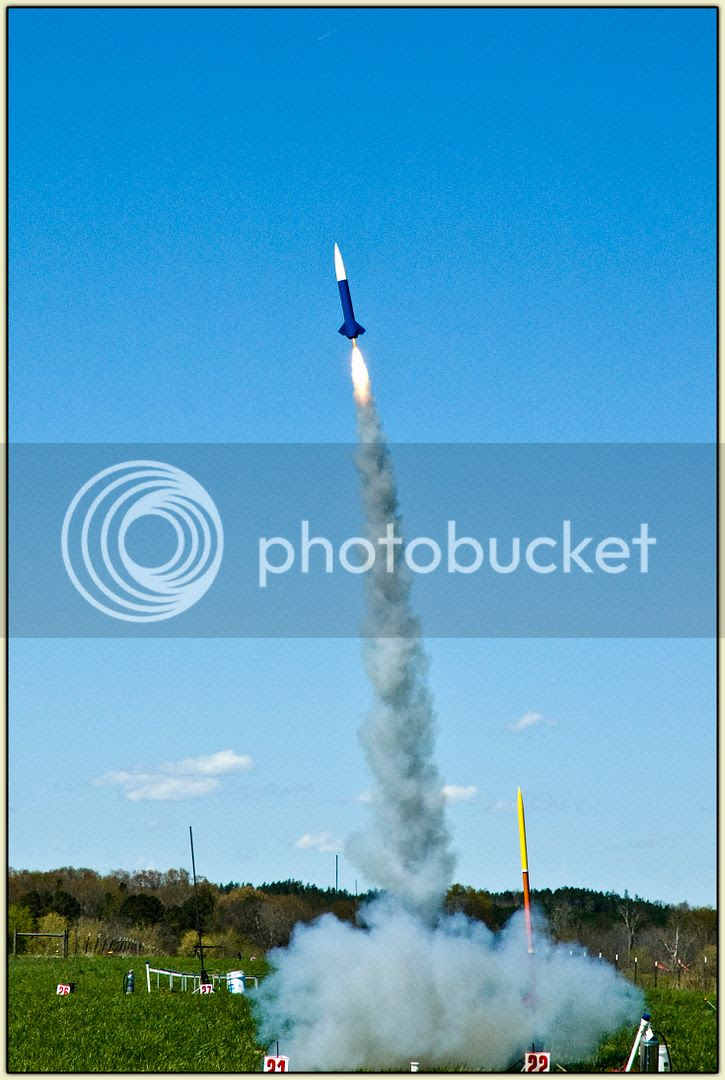 To the moon, Alice? Not quite: the launch’s FAA permit was good for flights up to 8,000 feet altitude. Plenty high enough.
Posted by Elisson at 7:57 PM

Labels: She Blinded Me with Science
Email ThisBlogThis!Share to TwitterShare to FacebookShare to Pinterest