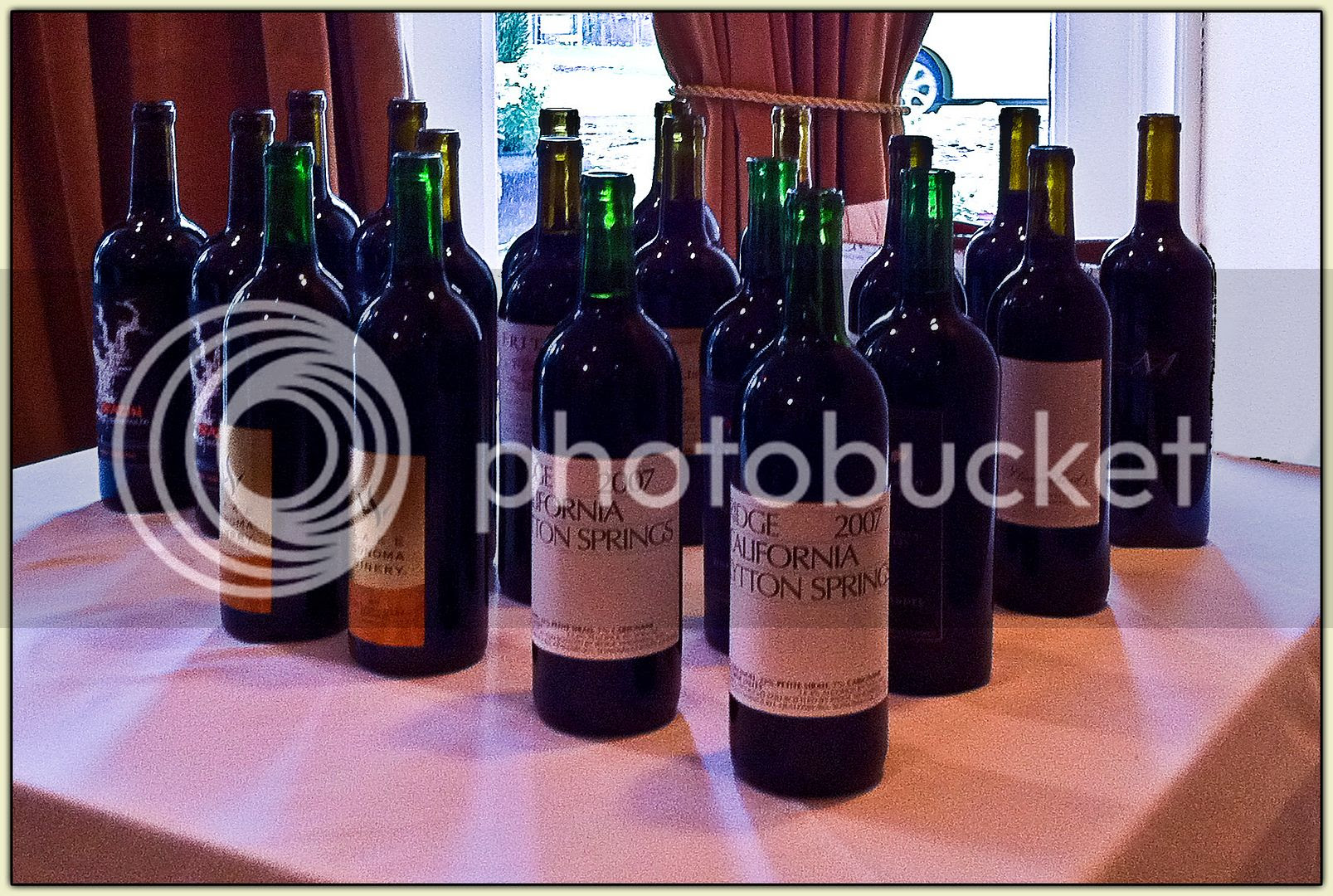 This evening’s Sommelier Guild event will be at Paul’s Restaurant in Peachtree Hills. The featured wines at this sharply-focused dinner will - except for the Speaker’s Wine - all be Zinfandels from Dry Creek Valley in California.

I’m looking forward to a pleasant evening of excellent wines and good food. Alas, this evening’s repast will not be punctuated by the respective wingnut and moonbat rantings of Denny and Houston Steve. (Actually, they’re usually very well behaved when they’re together. Must be the wine... or my moderating influence. Heh.) Denny is off skiing, and Houston Steve is in the midst of the last few days of frenetic activity before his daughter’s wedding this weekend.

Wow... that’s a dozen and a half different wines, and not a clunker in the lot! (Well, maybe one or two clunkers. The rest were mostly excellent.) As usual, my preferences are indicated by asterisks.
Posted by Elisson at 6:45 AM