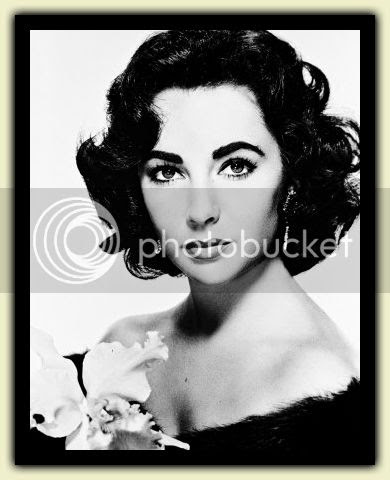 Yes, the reigning monarch in the United Kingdom is Elizabeth (the second of her name), but another Elizabeth was the Queen of Hollywood.

After her having been married eight - count ’em! - eight times to seven different men, I cannot imagine what Ms. Taylor’s family gatherings must have been like. Figuring out the seating arrangements at the funeral will be a challenge.

Taylor’s life was filled with noteworthy achievements both on and off the Big Screen. I will not enumerate them here, preferring to defer to others. Suffice it to say that movie stars may come and go, but Ms. Taylor was unique, a larger-than-life personality who leaves a real void as she moves on to whatever awaits us in the Next World.

And who knows? Perhaps the Unexpected Visitor (may he not visit any of us any time soon!) will become Number Nine. In the meantime, ave atque vale, Liz!

[Tip o’ th’ Elisson fedora to Kevin Kim, upon whose site I first saw the news.]
Posted by Elisson at 10:42 AM