AN EVENING WITH THE MISTRESS

Last night, She Who Must Be Obeyed being otherwise occupied, I met the Mistress of Sarcasm in her neighborhood for dinner.

It was a raw, drizzly night - more like late February than late March - and so we decided to go someplace within easy walking distance. That’s an option where the Mistress lives: throw a rock from her apartment and you’ll hit some sort of trendy eatery or other. We settled on Wisteria, a place that bills itself as “contemporary American with a Southern twist.” I could be snarky and say that all that means is they serve everything on a bed of cheese grits, but it would be doing a disservice to the excellent food.

We sat at the bar, where we were lucky to secure a couple of seats on short notice. It’s Restaurant Week in Inman Park, you see, and a lot of the places are participating by offering bargain prix-fixe three-course menus... ensuring that most of them are crammed to the gills with eager customers. Sure enough, it was SRO at Wisteria mere minutes after we sat down.

The food, I am happy to say, was excellent. Kobe beef carpaccio was silky, nicely set off with lemony arugula and shavings of Parmesan; the pan-roasted scallops served atop orzo with pesto were briny, magnificent. And the Mistress bravely tried something she had never had: skate wings, napped in brown butter with capers and a touch of lemon, nestled against grilled asparagus spears on a pile of (of course!) cheese grits. And as we ate, the Mistress regaled me with tales of the workplace and other adventures.

Afterwards, we repaired to the apartment to listen to a little Ella Fitzgerald - and to the Mistress play a few tunes on the ukulele. And Bernadette, the Mistress’s kitty, was there to observe us from her vantage point above the kitchen cabinets. 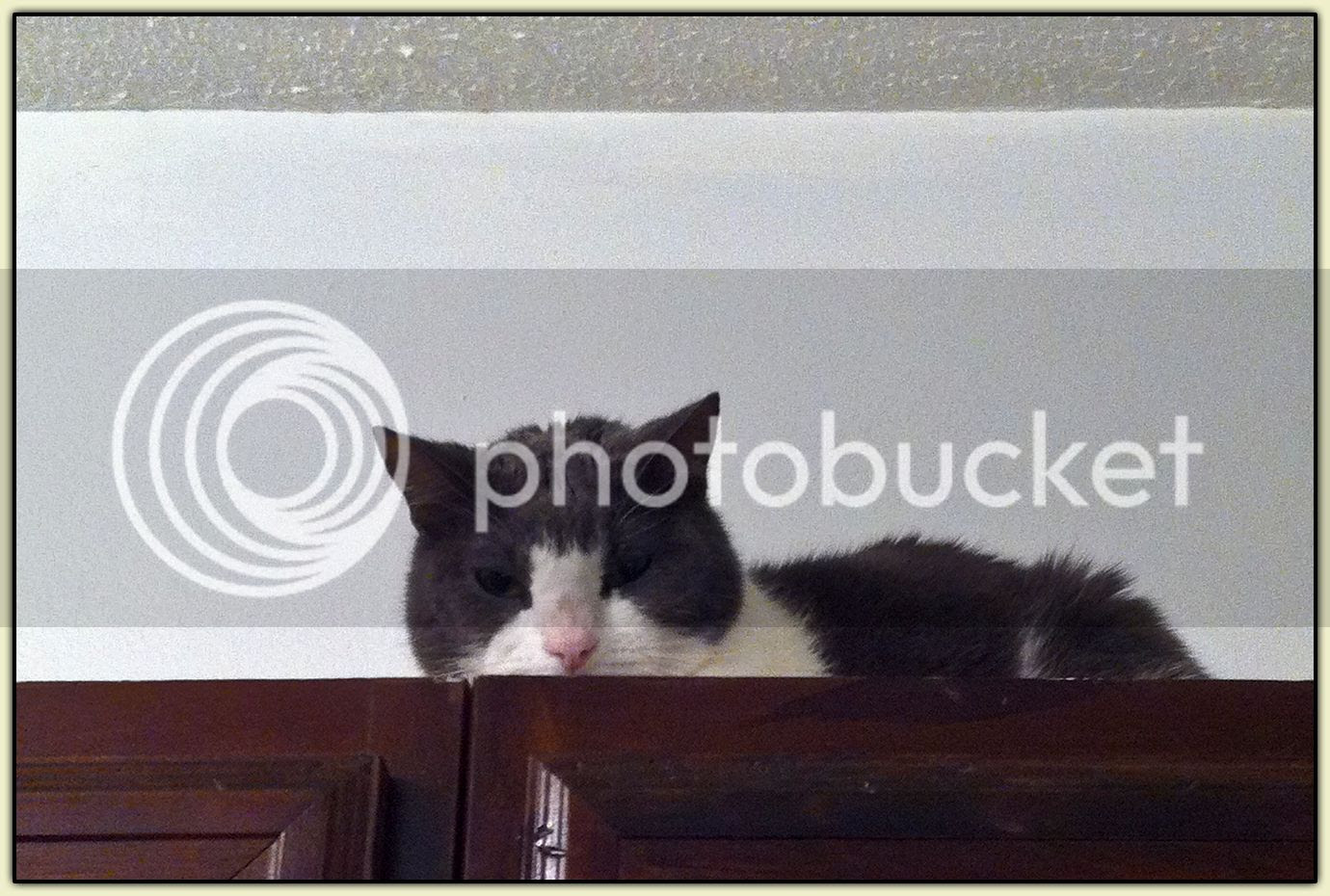 It was, as I stated earlier, a raw, drizzly evening... but there, with my sweet daughter and her bashful kittycat, it was warm as toast. And as I drove home, I carried that warmth with me all the way.

Update: The Friday Ark sets sail on its 333rd voyage at the Modulator. Stop by and say hello!
Posted by Elisson at 4:55 PM

Funny you should go into hysteria about Wisteria...see my blog post, "Wistful Thinking," about the vine called Wisteria. http://blog.atlantafreelancewriter.com/wordpress/?p=1019

Have to try the restaurant now.