First of all, Blais is a Long Island kid - from Uniondale, just down the road from where I grew up. (Contrary to the intro on the Top Chef finale, Blais is not a native of Atlanta... just a resident.)

Third, he likes to play with exotic materials. Nothing enlivens a kitchen quite like having a huge Dewar flask of liquid nitrogen, which pretty much flash-freezes everything it touches... and where you find Blais, you will find the liquid N2.

Fourth, he’s local. His latest ventures, a couple of hamburger joints, have redefined the Burger Experience for adventurous Atlantans. Where else can you find foie gras and Krispy Kreme doughnut milkshakes made with liquid nitrogen... or burgers made with beef short rib meat and hanger steak?

And, as do the best chefs, he finds time to hang out with his customers... 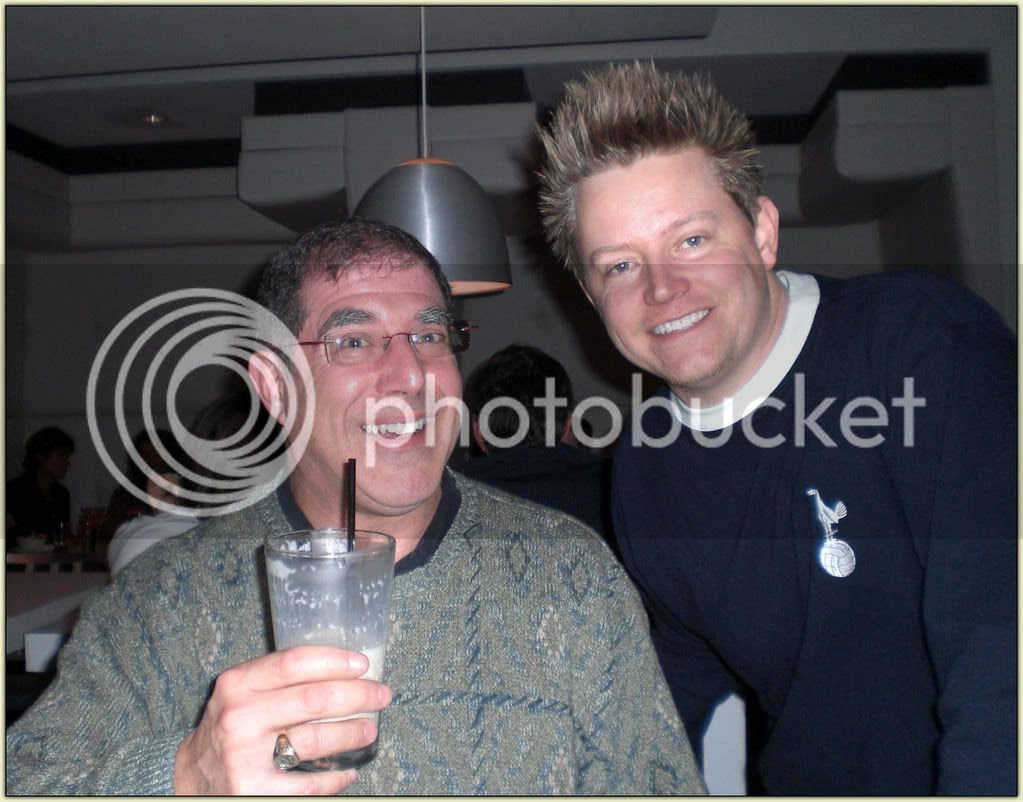 Elisson (in his chubbier days) enjoys a Foie Gras Milkshake as chef Richard Blais looks on.
Posted by Elisson at 3:56 PM

Damn man...Blais looks like he just stuck a screwdriver in a electrical socket...not that there's anything wrong with that.

I was happy to see Blais win. It was a well-deserved victory.

But a Foie Gras Milkshake (or ice cream) would be a bridge too far for me...

@LL - Yeah, I'll admit a foie gras shake sounds seriously skeevy... but it actually works. The eleven secret herbs and spices he marinates the livers in may help...