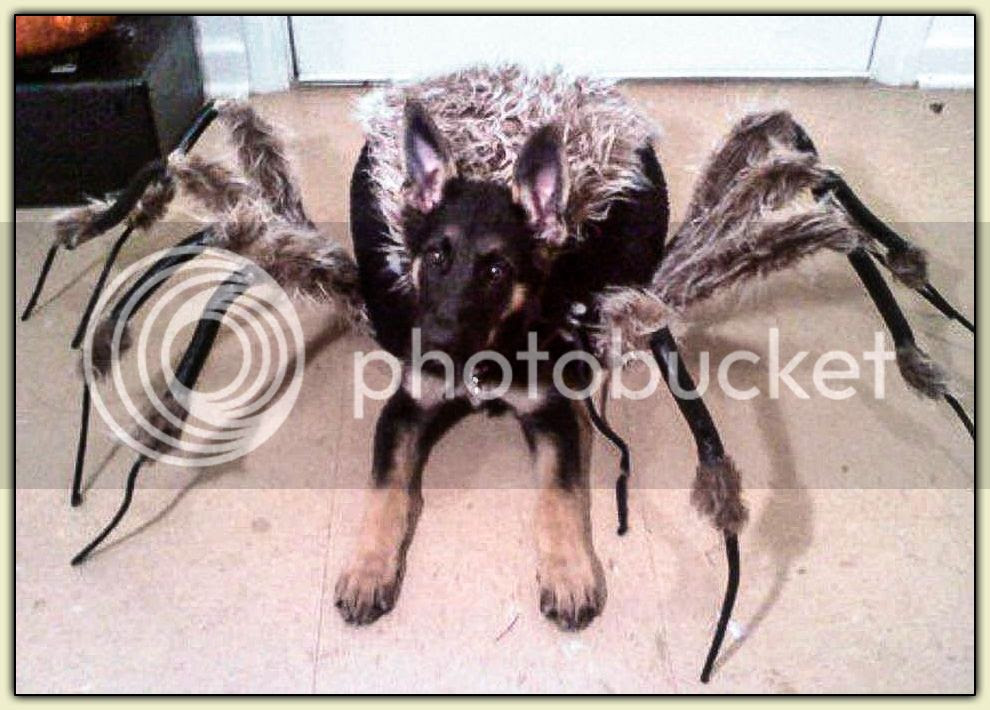 German Shepherd in a tarantula costume, from the “I Fucking Love Science” Facebook page. As Gawd is my witness, if I ever saw one of these things shambling up my driveway on Hallowe’en, I’d squirt blood clots directly out of my eyeballs and scream like a little girl.

Among the seasonally appropriate creepy-crawlies, spiders are among the most Hallowe’enish. Perhaps it is their sticky, nasty webbing; perhaps their revolting lifestyle, entrapping and sucking the juices out of miscellaneous insects; perhaps their utterly alien, scary physical appearance. Whatever it may be, they skeeve the hell out of many of us, myself included.

Arachnophobia? I gots it. And so, probably, do you. It’s mostly just a question of degree.

My BIL Morris William, a strapping young man, can be incapacitated by the mere sight of an eight-legged beastie. I’m not quite that bad, for I will linger close enough to snap the occasional photograph. 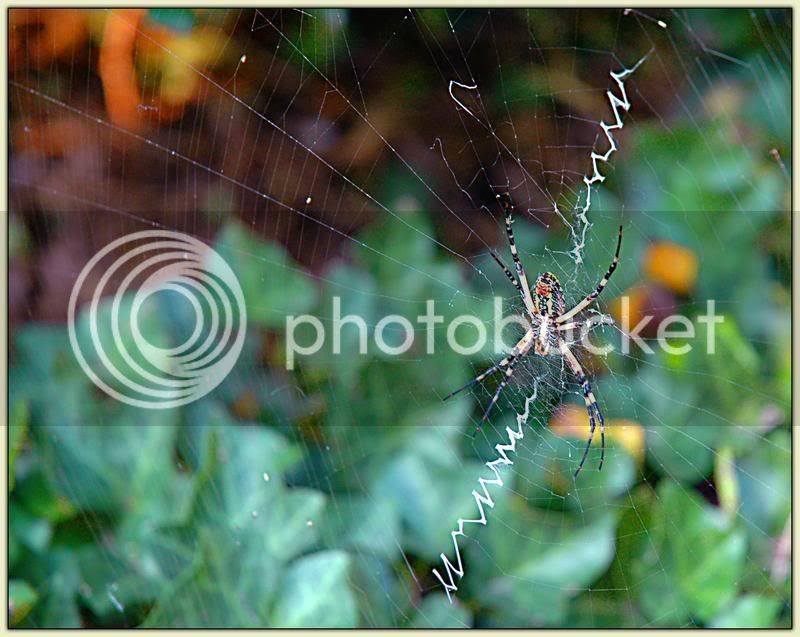 Boris the Spider, in a photo taken September 2006.

Some years back, I captured some nice photos of a good-sized orb spider - yclept Boris - that had constructed an impressive web adjacent to our driveway. And last June, while in Nevada, we saw this little fellow - thankfully, kept in captivity. Big as my hand, he was. 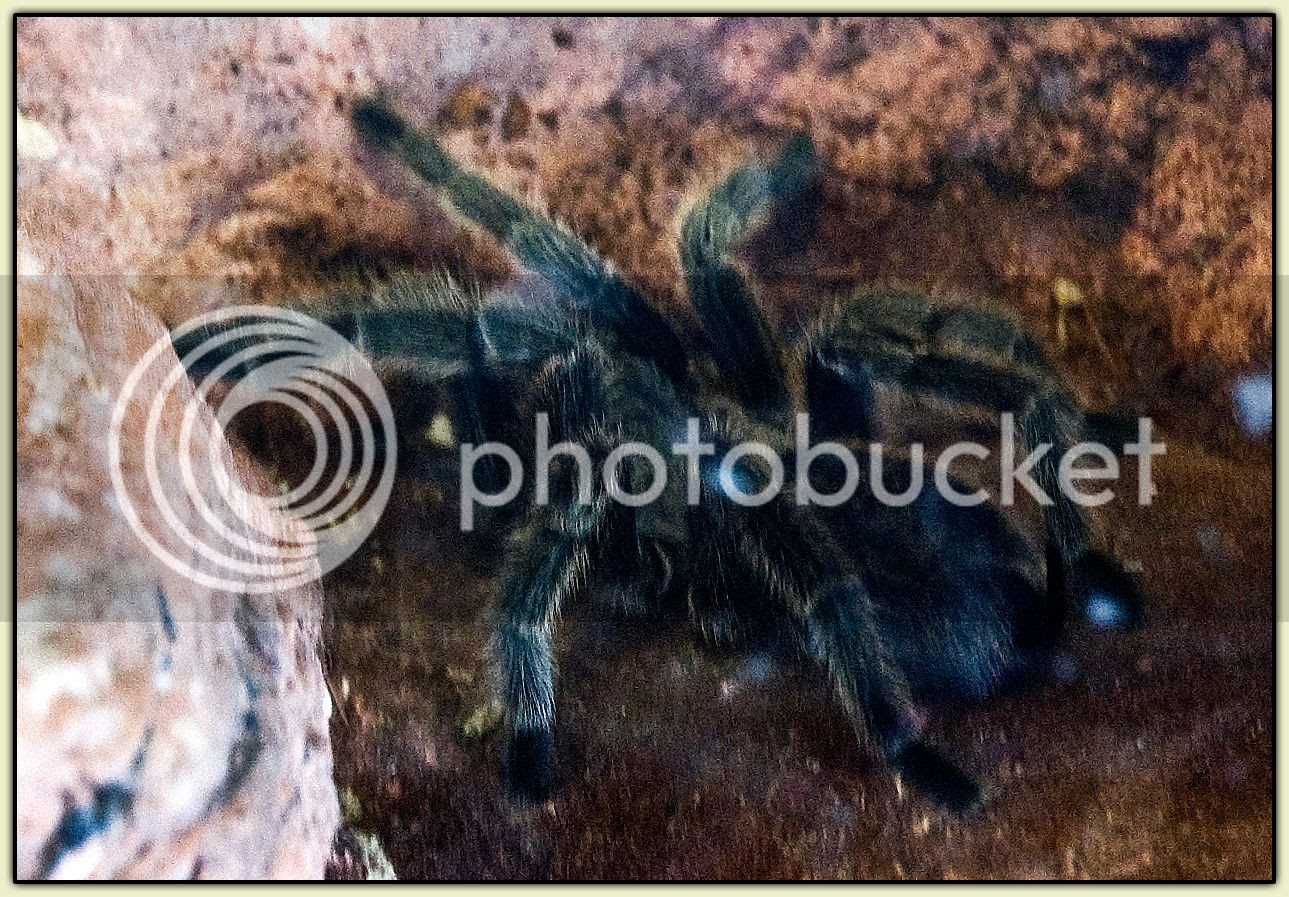 More recently, while enjoying the festivities at Eric’s annual blogmeet-cum-birthday party, we stumbled upon this little lady. K-Nine had been adding a few chunks of wood to the fire and had damned near put his hand right on her... reason enough to wear gloves when handling firewood. Why, this was a critter even more interesting than the legendary Blown Rectum Spidum! 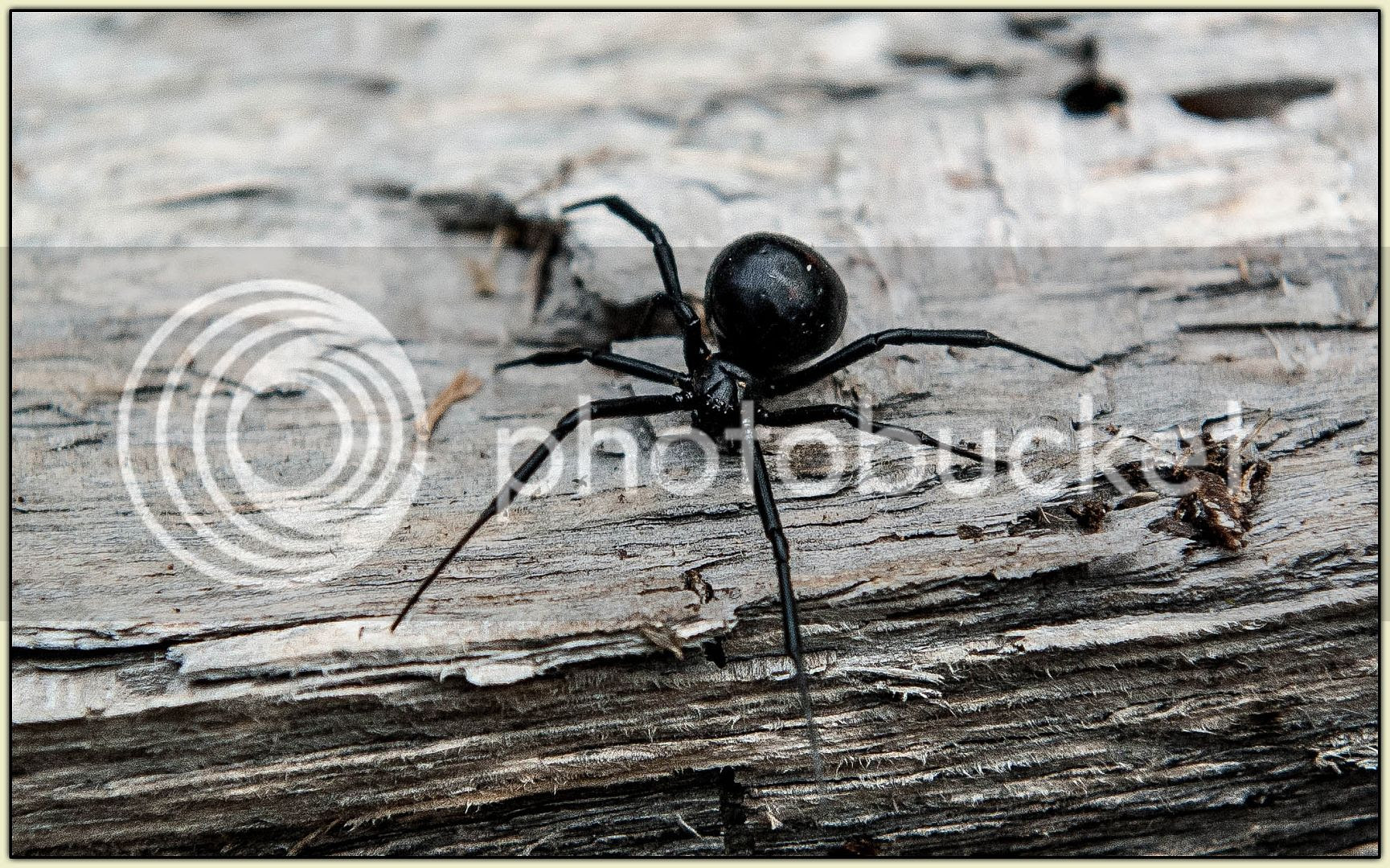 The dreaded Western Black Widow, Latrodectus Hesperus: Her bite can kill a man, although fatal envenomations are rare. (Not something you’d want to experience, though.)

The fearsome reputation of these little ladies is not quite justified.  According to National Geographic,


This spider’s bite is much feared because its venom is reported to be 15 times stronger than a rattlesnake’s. In humans, bites produce muscle aches, nausea, and a paralysis of the diaphragm that can make breathing difficult; however, contrary to popular belief, most people who are bitten suffer no serious damage - let alone death. But bites can be fatal - usually to small children, the elderly, or the infirm. Fortunately, fatalities are fairly rare; the spiders are nonaggressive and bite only in self-defense, such as when someone accidentally sits on them.

Or grabs them while picking up firewood, eh, K-Nine? 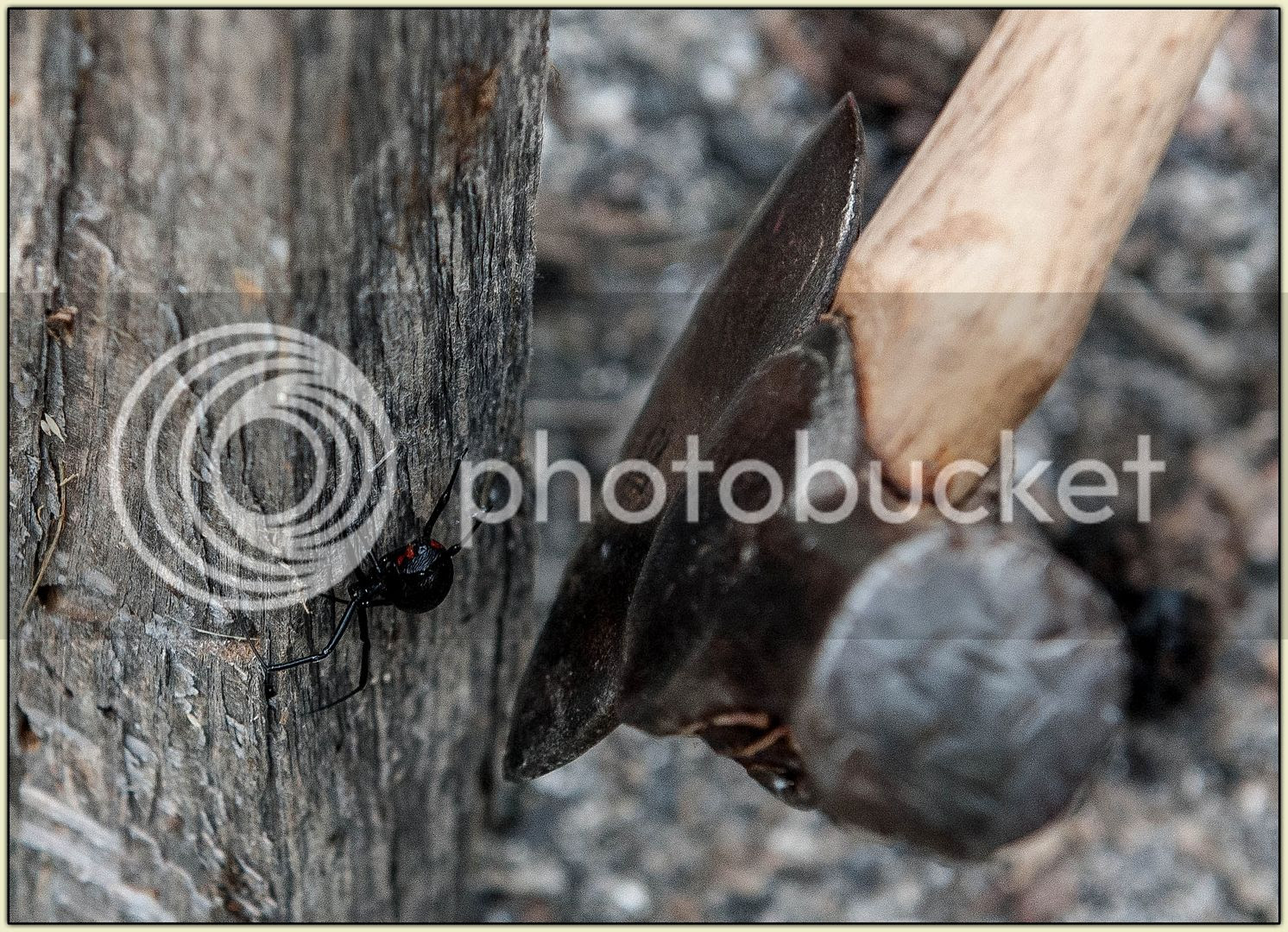 The hatchet provides a sense of scale.  She’s about 1.5 inches across. 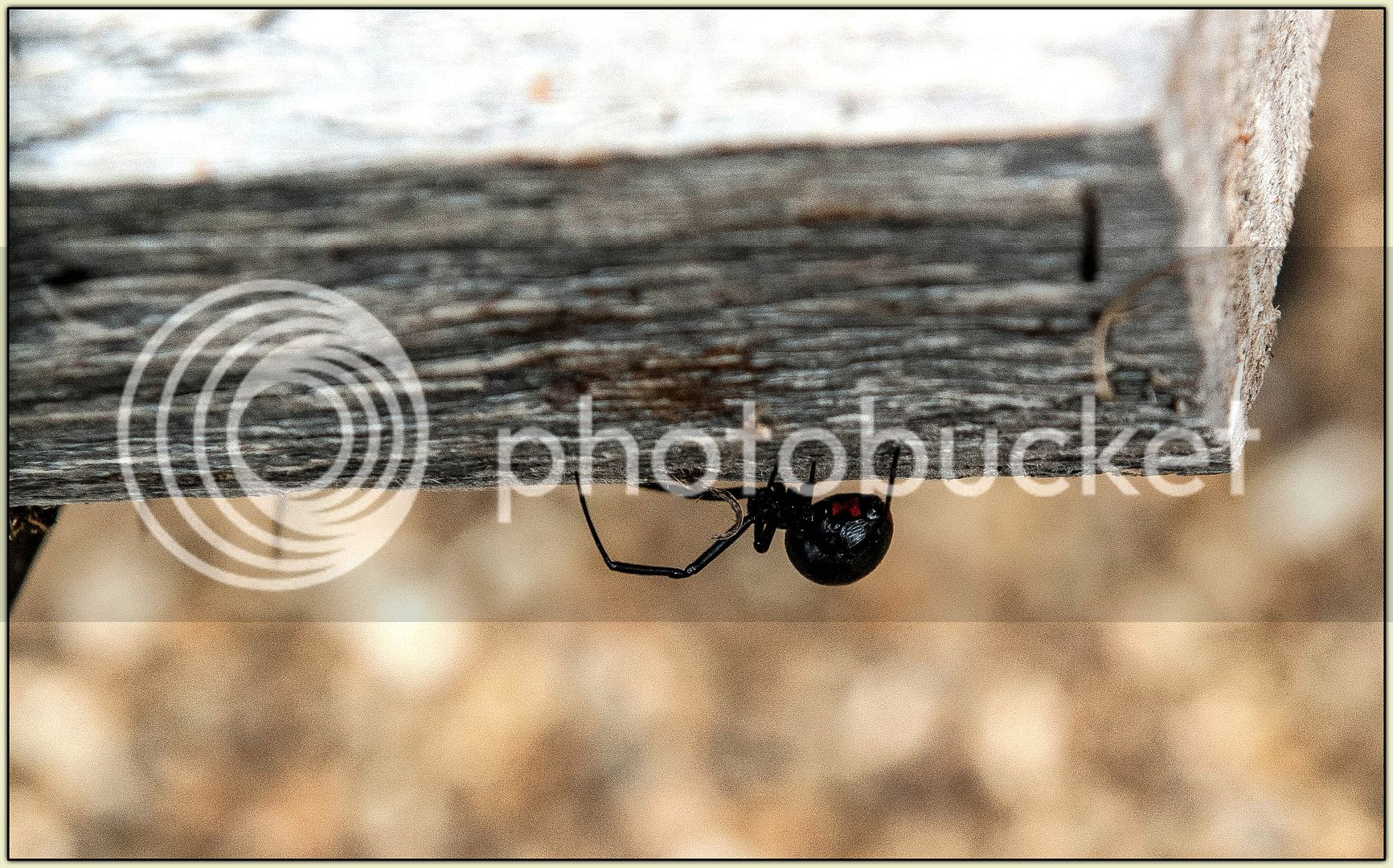 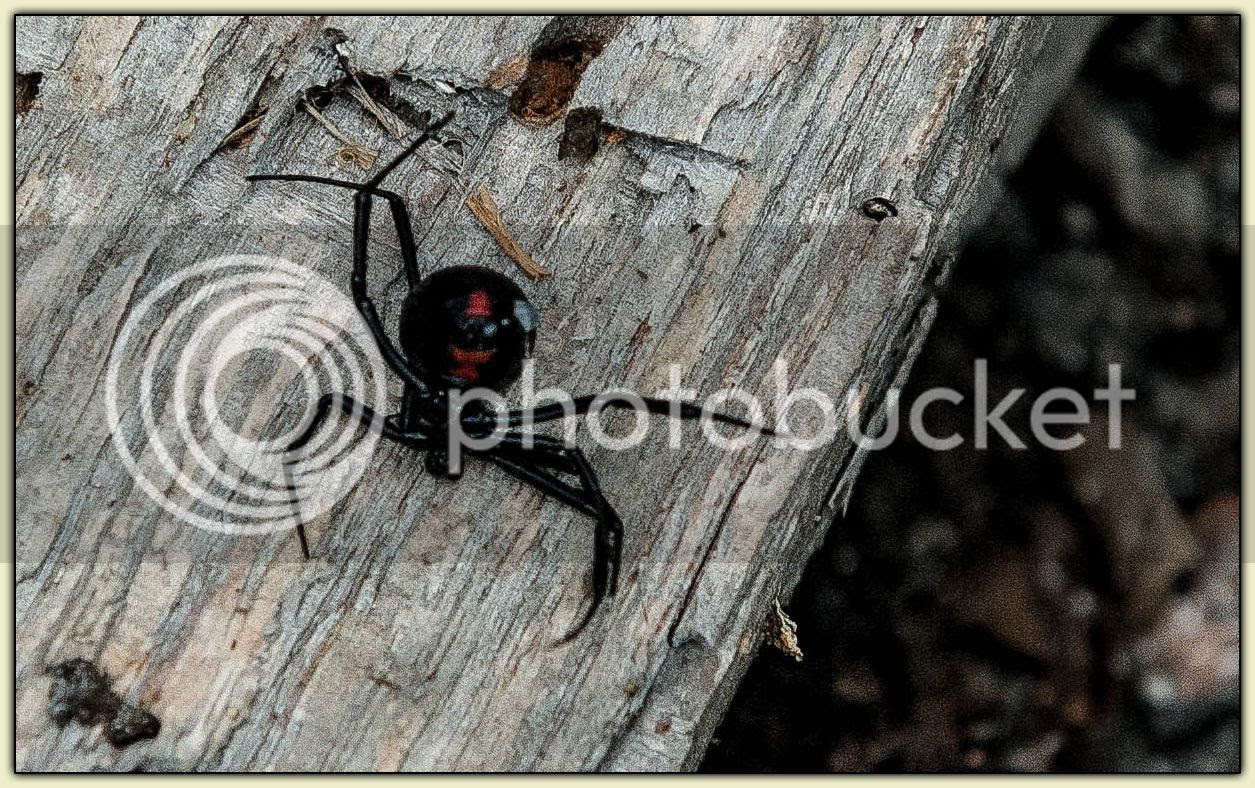 Now you know where the expression “ass like a black widow spider” - used to describe an especially Callipygean figure - comes from.

Labels: Flora and Fauna
Email ThisBlogThis!Share to TwitterShare to FacebookShare to Pinterest

Arguably making things worse, spider legs operate on a system virtually identical to the hydraulics that make your John Thomas stand up and salute.

So, in addition to being creepy as hell, they also walk around on little tiny erections...

Elisson, what did you do with her?

Just the sight of spiders is enough to make me equal parts frightened and sick to my stomach:(

Interestingly enough, the German shepherd spider? Just as scary. I love most dogs, but had a bad experience as a child with a German shepherd, and now have a primal response to them even to this day.