I HAVE MET MY MATCHA

Four years ago, Elder Daughter and I had just returned from a whirlwind ten-day trip to Japan.

One of the memorable places we visited was Kyoto, an ancient city that can fairly be said to be the cultural and religious heart of the country.  You can spend a lifetime exploring Kyoto and trying to fathom the inscrutable depths of its cultural life... but if you want to understand the place even on a superficial level, you have to learn to love matcha, the finely powdered, delicately flavored green tea that finds its highest expression in the cha-no-yu, the traditional Japanese tea ceremony.

It would be crude - but accurate - to say that matcha is to Lipton as 1945 Château Lafite-Rothschild is to Mad Dog 20-20.  They are both plant-based agricultural products, but one is a lowest-common-denominator affair, the other the pinnacle of a nation’s cultural expression.  (Guess which is which.)

While it would be a sin to make a coq au vin with a bottle of that Lafite-Rothschild, matcha finds its way into all manner of confections... and nowhere more than in Kyoto and its environs.  All manner of cakes, candies, ice creams, and beverages have green tea powder thrown at them.  Green tea Kit-Kats?  Sure, why not?  Green tea ice cream?  Of course!

Given my love of things containing matcha, it was only a matter of time before I discovered these: 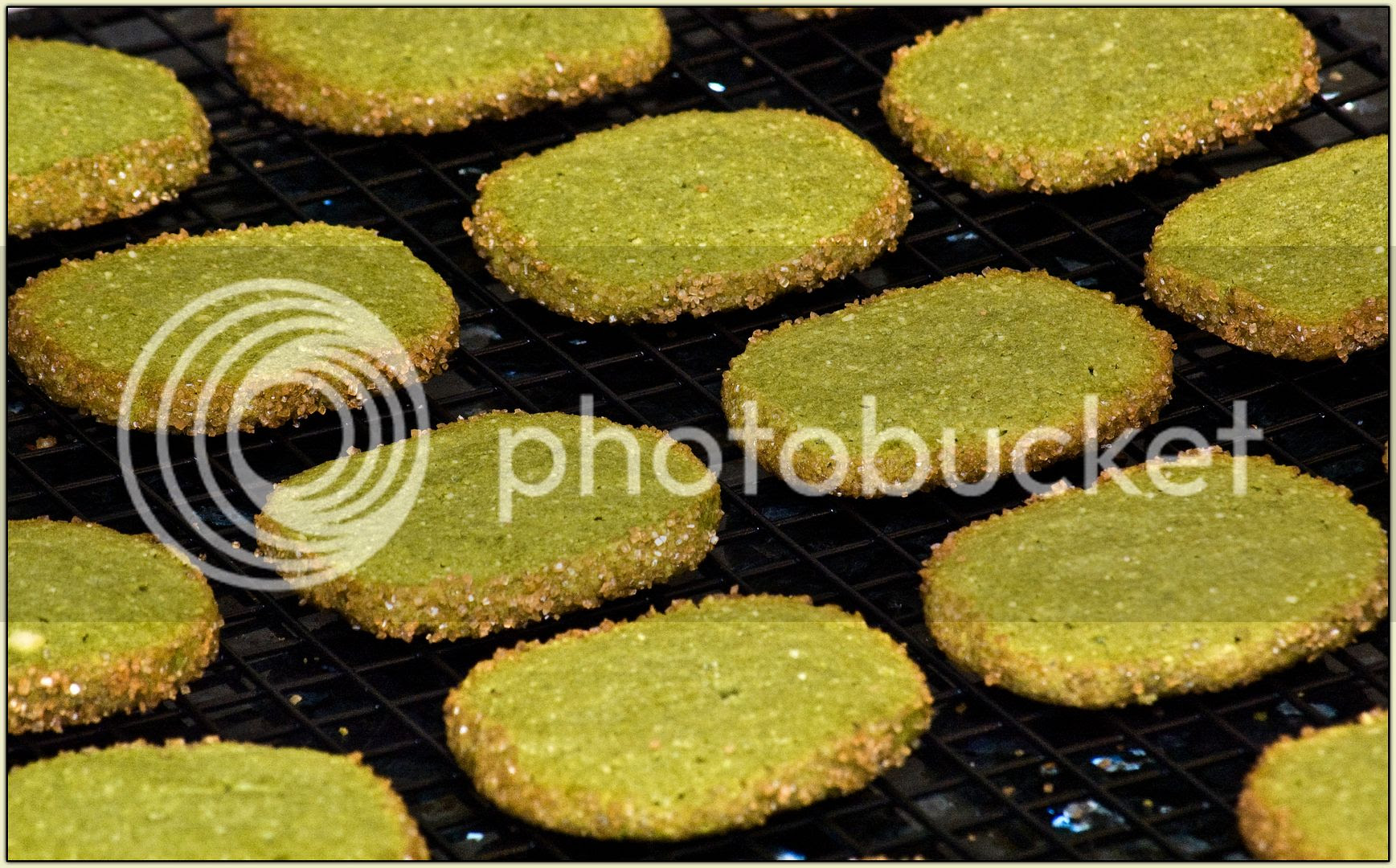 The recipe, which I stumbled upon in the course of a simple Google search, comes from one of my favorite food blogs, Clotilde Dusoulier’s Chocolate & Zucchini. It’s a fairly uncomplicated shortbread, kicked up with the addition of almond meal... and that all-important matcha. As soon as I saw Clotilde’s photo of those jewel-like, pale green cookies, I knew I had to crank out a batch of my own. So I did.

My only problem now is how to keep myself from snarfing down the entire lot of ’em in one sitting.