THE MUSLIM BARTENDER (A TRUE STORY)

“You are not being persecuted for your beliefs when you are merely being denied the privilege of shoving them down someone else’s throat.” - The Bard of Affliction

There has been a lot of Sturm und Drang lately over one Kim Davis, a Kentucky county clerk who has garnered a certain amount of notoriety for having refused to issue wedding licenses to same-sex couples despite having been ordered by the courts to do so. Putting her name on said licenses would (she says) imply her approval of same-sex marriages, something she feels she cannot do based on her religious beliefs.

Ms. Davis’s staunch refusal to compromise her principles - or her ridiculous grandstanding, depending on where you stand on the matter - earned her a stay in the pokey for contempt of court. She was released after a brief sojourn, providing an opportunity for yet more grandstanding. (“Eye of the Tiger,” anyone?)

The people comparing Ms. Davis to the Reverend Martin Luther King, Jr. - after all, she went to jail for her beliefs, too! - should maybe take a step back. What if it were interracial marriages she objected to? That matter was settled in Loving vs. Virginia back in 1967, and I imagine that most of us would be justifiably outraged if a county clerk refused to issue papers for an interracial couple today. Perhaps a better comparison would be to Governors George Wallace and Orval Faubus, both of whom stood in the schoolhouse door (the University of Alabama and Little Rock Central High School, respectively) to demonstrate their opposition to SCOTUS-ordered desegregation.

My opinions are pretty straightforward on this matter. Ms. Davis was elected to a government post in which she is required to attend to certain matters in accordance with the law. Whether she finds the law disagreeable - for whatever reason - is of no consequence. If she is uncomfortable with performing certain job-related tasks, then she has the option of delegating them to someone else in her office with a more accommodating belief system. Or she can resign.

Plenty of folks have weighed in, with some proposing helpful analogies. How about a Muslim county clerk who refuses to issue driver’s licenses to women? Or a Quaker clerk who denies her constituents gun permits? My answer is the same in all of these cases: Do your job or slide over and let someone else do it. The First Amendment’s religious protections are intended to prevent the government from interfering in citizens’ free exercise of religion: They do not permit a citizen who is acting as an agent of said government to impose his or her own religious practices upon others.

Things are a bit different in the private sector, where there are legal formulae in place that require a certain amount of accommodation for employees’ religious restrictions. As long as the accommodations do not create undue hardship or expense for the employer, they must do what they can to deal with the flight attendant who refuses to serve alcohol or the pharmacist who refuses to dispense certain prescriptions. (The courts, of course, have the last word on what constitutes undue hardship or expense.)

As far as I’m concerned, I have no problem with accommodating people’s religious beliefs provided that they do not discommode others. You can’t work on Friday, Saturday, or Sunday? Fine, we can find someone to cover for you. You gotta wear that scarf, fedora, yarmulke, or turban? No problem. But as soon as you start getting up in my grill, there’s gonna be some kind of beef - with all due respect to my esteemed Hindu friends.

If you’re a Muslim working in a job that may involve your serving alcohol or transporting people who have alcohol in their baggage, and you have a problem with that, I have news for you: You are in the wrong job. You don’t have to drink the alcohol. Do not impose your beliefs on others.

If you are a religious Christian who works in a pharmacy, and you have problems dispensing certain birth control-related medications or devices, I have news for you: You are in the wrong job. You do not need to use those medications or devices. But deciding whether others who do not subscribe to your beliefs may do so is above your pay grade.

If you are an ultra-orthodox Jew who has booked a seat on a commercial airline flight and your seatmate happens to be of the opposite sex, and you wish to change seats, I have news for you: Sit the fuck down. Unless you want to buy the seats adjacent to you - or charter the entire flight - you are obligated to sit where you are assigned and not disrupt the flight while you search for alternative seating or neighbors. It is impolite and ridiculous, and you are imposing your beliefs on others who do not share them.

Most Westerners are familiar with the Golden Rule: Do unto others as you would have others do unto you. Jesus said it, paraphrasing Leviticus 19:18: “...Love your neighbor as yourself; I am the Lord.” But the great Rabbi Hillel formulated the Rule differently: “What is hateful to yourself, do not do to your fellow. That is the whole Torah; the rest is the explanation; go and learn it.” (Talmud, Tractate Shabbat 31a). My friend Houston Steve points out that Hillel’s version is better, as to have one “do unto others” requires a certain amount of presumption in assuming that someone else will like the same things you do. The things you do not like, however, are fairly obvious to you... and among them must be counted having someone else’s beliefs imposed upon you, however earnest those beliefs may be.

And all of this constitutes a long-winded introduction to the story of the Muslim bartender... a true story, not a joke.

Several months ago, Dee and I went to one of the local performing arts palaces to see a well known comedian. Having arrived sufficiently early, we had enough time to purchase a couple of Adult Beverages before the show started.

I joined the queue at the bar and, when it was my turn to be served, I was somewhat taken aback to see that the sever/bartender was wearing a hijab, a traditional scarf-like headcovering worn by observant Muslim women. But it was obvious that she had no problem whatsoever with doing her job, which is to say exchanging money for alcoholic beverages.

Dee ordered and received her drink: Scotch, served neat. But I, Mister Smart-Brains, had to get all fancy-pants Cocktail Nerdy. I ordered a Bombay Sapphire martini.

Leave it to me to violate the KISS (“Keep It Simple, Stupid!”) principle at a performing arts venue, where mixology is an art that is typically practiced at the finger-painting level. But my Muslim friend came through, despite the fact that she had absolutely no idea how to make a martini. She simply dumped about three drinks’ worth of gin in a plastic cup, added a big glug of dry vermouth, dropped in an olive, and handed it over. No ice, alas, but I was too gobsmacked to complain, having just been served by someone who - if the Kim Davis protocol were to be believed - should have been doing anything but tending bar. (Also, I had just gotten a triple for the price of a single drink. So what if it was a bit warm? That just allowed the flavors of the vermouth to come through.)

English author Samuel Johnson’s famous quip (“Sir, a woman’s preaching is like a dog’s walking on his hind legs. It is not done well; but you are surprised to find it done at all.”) immediately came to mind. But this young woman was doing her job - and, let’s face it, dealing mostly with much less complicated orders. She did not trot out her religion and wave it in her customers’ faces.

Is that level of civility too much to ask? Or would we all like to live in a Taliban-like society in which the hyper-religious turn our First Amendment freedom on its head in order to oppress us? 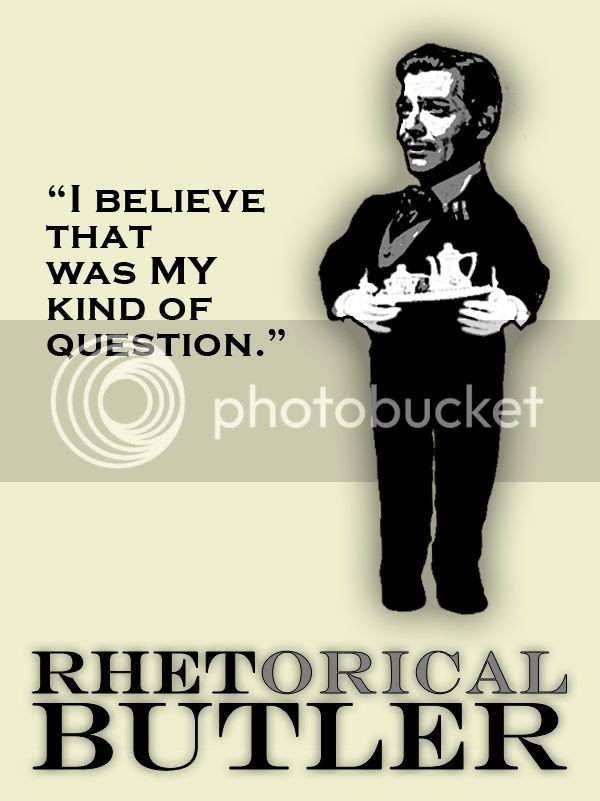 Well said! Everything that I've been thinking, you managed to express very eloquently.

(Here via a hat tip from the Big Hominid.)

I agree with every word.

Amen, right on, yes, whatever approbation works. I agree completely.

I'll be shamelessly quoting from this piece for the foreseeable future for the simple reason that it will make me sound like a fricking genius.

Thanks for crystallizing and corralling so perfectly the shit-storm of ideas and emotions I've been unable to organize since this thing hit the news.

You are now at the top of the list of people I would gladly let stand in for me if I were ever too drunk to show up to a public debate.