YOU DON’T KNOW JACK... BUT YOU SHOULD 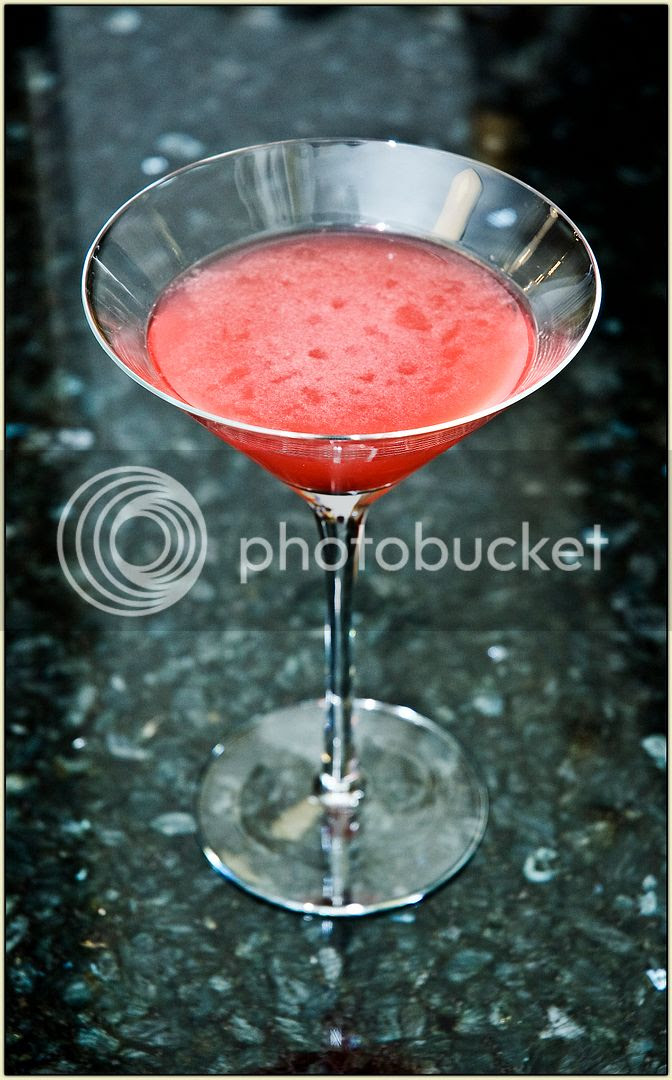 Pretty in pink: the Jack Rose Cocktail. Don’t let that Cosmo-like exterior fool you. This is a Serious Drink.

In my constant quest for Obscure Tipples, I came upon a real forgotten classic: the Jack Rose cocktail.

It’s a tasty enough drink, the Jack Rose, but it is hard to find these days: Except for serious mixologists and Bar-Nerds, most people have never heard of it, owing to a peculiar double whammy. Its base liquor, applejack, is no longer a staple of most people’s little Lacquer Liquor Lockers, and its flavoring component, grenadine, has been largely replaced by crappy faux-grenadines that bear little or no resemblance to the real thing.

When people talk about Pioneer Spirit (in the alcoholic sense), applejack tops the list. It was one of the most popular forms of hooch in colonial America, no surprise given the bounteous supply of apples in the New World. You didn’t even need a still to make it. All you had to do was let your apple cider ferment naturally, yielding a mildly alcoholic “hard” cider of about 7-8% ABV. (Back in the day, hard cider was a healthier alternative to the not especially potable water to which most people had access.) You would then leave your barrel of cider out in the bitter cold New England night, allowing it to partially freeze in order to concentrate the alcohol in the unfrozen liquid.  If the weather was cold enough, you could get your ABV up to a respectable 35-40%.

My buddy Walter and I tried doing this back when we were in high school. It did not work out so well.

The more efficient technology, of course, is good old distillation.  If you take that hard cider and cook it off, you end up with apple brandy, which, after barrel-aging, can be used as-is or blended with grain neutral spirits to make applejack.  Laird’s, the preeminent supplier of applejack in the United States, has been at it since 1780, despite the ebbs and flows of the market, historical events (Prohibition!), and the displacement of apple-based spirits by whiskeys (made from grain) and rums (made from sugar cane molasses).  Alas, these days most people don’t know jack about applejack...but they should.  It’s a really interesting spirit, a powerful dram with a lovely fruit nose.

For my version of the Jack Rose, I went with Laird’s bonded apple brandy, which is 100% apple eau-de-vie (no grain neutral spirits) and thus is probably much closer in character to old-school applejack.

The next dilemma was what to use for the grenadine.  Rose’s, best known for their sweetened West Indian lime juice, makes a grenadine that can be found in pretty much any supermarket and liquor store.  Alas, it is crap: nothing but high-fructose corn syrup, red dye, and artificial flavoring, bearing no resemblance to the lovely red pomegranate from which it takes its name.

There are a few commercial grenadines out there that contain real pomegranate juice, but having found a perfectly workable recipe online at Jeffrey Morgenthaler’s site, I figured I would make my own.  It’s easy enough, and it’s the best-tasting grenadine I have ever tried:

Get two or three big-ass pomegranates at your grocery store.  Slice ’em in half and use your citrus juicer to extract the juice.  This is Morgenthaler’s recommendation and it works just fine (although it can get a bit messy... pomegranate juice, like beet juice, stains everything it touches).  If you don’t want to deal with that, just get a bottle of POM pomegranate juice out of your grocery’s refrigerated case.

You should have about two cups of juice.  Stick it in the microwave and nuke it for one or two minutes - just enough to warm it up and make it easy to dissolve the sugar in it.  Now add an amount of granulated sugar equal to the amount of juice: two cups juice gets two cups of sugar.  Stir slowly and carefully (you do NOT want to splash this stuff around the kitchen) until the sugar is fully dissolved.  Now, for the finishing touch, add about two ounces of pomegranate molasses (available in your local Mideast grocery) and a teaspoon of orange flower water (AKA orange blossom water, also available in the Mideast grocery).  Don’t overdo the orange flower water: you just want a hint of its distinctive flavor.  Add an ounce or so of vodka by way of a preservative, then stir the whole mess and strain into a bottle.  Keep it in the fridge.

Now that you have the grenadine and your bottle of apple jack (or apple brandy), it’s time to make your Jack Rose.

Place ingredients in a cocktail shaker with ice.  Shake well and strain into a cocktail glass.

Some people like to garnish their Jack Rose with a slice of citrus (lemon or lime, depending on what you used to make the drink); I prefer mine au naturel.

This is not a girly-drink, especially if you use Laird’s apple brandy to make it.  The stuff packs a 100-proof wallop... and yet it is smooth as Halle Berry’s left ass-cheek.  (Don’t ask me how I know that.)