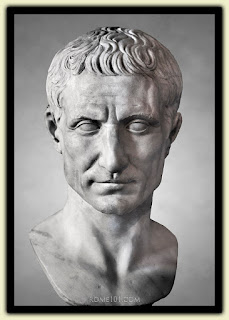 Today being the Ides of March, I thought it would be appropriate to resurrect this little gem from last year. Perhaps a Caesar salad with dinner would also be an appropriate comemmoration.