Every religious institution has a cadre of employees and functionaries without whom it could not function. For example, a Roman Catholic church would be in big trouble without its priest, its altar boys, and whoever gets to swing that incense censer.

The synagogue, of course, is no exception.

Most people, when asked to name the essential personnel at the Jew-Church, will put the rabbi at the top of the list. Not so! It’s nice to have a rabbi, of course - having someone who holds ordination papers lends a certain amount of gravitas to the proceedings and is also handy if you want to conduct a wedding - but he or she is not necessary. Same goes for the chazzan (cantor), whose voice is as superfluous as it is mellifluous. Lay people can perform these roles.

The real essential personnel are the ones who work behind the scenes: the custodial staff. These are the folks that see to all the daily operations of the building without which there would be disorder, filth, and discomfort. These functions overlap to an extent with those of the “Shabbes goy,” a function that really deserves its own category.

“Shabbes goy” is a term that literally means Sabbath Gentile: a non-Jew who performs functions on the Sabbath that are not permitted to the observant Red Sea Pedestrian. It is, of course, not that simple: anything having to do with Jewish law never is. A Jew cannot simply hire a non-Jew to stoke the fireplace on the Sabbath in his stead, for that is equally forbidden. But he might say, “Gee, it’s awfully cold in here (wink wink, nudge nudge),” and the implicit assumption is that the non-Jew, unconstrained by the rules of Sabbath observance, might take it upon himself to throw a log on the fire. The same rationale allows lights to be switched on or off, thermostats to be adjusted, and so on.

Being a Shabbes goy is a respectable profession is its own way, and there are several people who served in that role before achieving fame and fortune in other fields. Perhaps you’ve heard of them: Elvis Presley, Harry Truman, Al Gore, Barack Obama, Colin Powell, Thurgood Marshall, and Mario Cuomo. 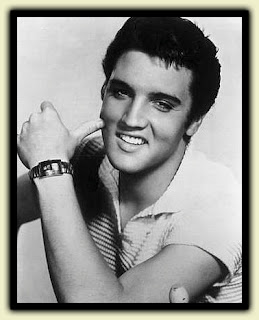 There are other jobs as well. The shammes (AKA beadle or sexton) may perform minor functions such as ushering and assisting with religious functions. In our congregation, we call these folks the “go-getters,” and their job is to ensure that religious honors are distributed properly and that the service flows smoothly. You would be surprised how much subtle choreography is involved in a religious service.

The gabbaim (singular: gabbai) officiate during the ceremonial reading from the Torah scroll, ensuring that any errors in the reading or cantillation are corrected, and announcing page and verse numbers so that the congregation can follow along in their printed books. Because the scroll contains nothing but consonants - no vowels or musical notes, which must be memorized by the reader - the function of the gabbaim is essential.

And yet perhaps the most unsung (and critical) role in the synagogue is that of the Haisse Dondeh. It’s hard to imagine any Jewish house of worship functioning without at least one Haisse Dondeh, and I suspect that many of our Christian friends may have a person (or persons) with a similar job in their congregations as well. What does he do? When someone is standing at an inappropriate moment, he shouts, “Hey! Siddown there!”

"...whoever gets to swing that incense censer."

That would be another priest. But there is one censer that no priest can carry down the aisle: the monster Botafumeiro at the Cathedral of Santiago de Compostela.

My own staid, boring Presbyterian church didn't have a Haisse Dondeh (the Swiss influence in our branch of Protestantism makes us an orderly, well-behaved, instantly self-organizing bunch), but the private Catholic school that I taught at in the early 1990s had plenty of nuns who were constantly performing that function. Being Catholic, they probably had the Latinesque designation for a Haisse Dondeh: something like "E sede ioasse dona de raeda foccinnao."

And you don't really need a Haisse Dondeh if you got nuns. Especially nuns with rulers. "Smacko!"