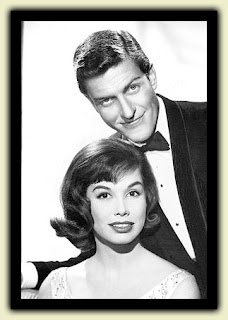 Q: Who can turn the word on with her smile?
A: Not Mary Tyler Moore.
- Houston Steve

I, along with millions of others, was saddened to hear of the passing of Mary Tyler Moore today due to complications of pneumonia. She was 80 years old.

My first awareness of Ms. Moore was when she played Laura Petrie on The Dick Van Dyke Show, an exceptionally witty household sitcom, a show that also introduced me to Carl Reiner. But her greatest impact on the American consciousness was as Mary Richards, the spunky career woman of the eponymous Mary Tyler Moore Show. Even more remarkable was the fact that she stood out in a cast that included Ted Knight, Gavin McLeod, Betty White, Cloris Leachman, and Valerie Harper.

One of the most memorable episodes of The Mary Tyler Moore Show was one from the sixth season. In “Chuckles Bites the Dust,” Mary and her coworkers attend the funeral of one Chuckles the Clown, who suffers a death that can only be described as befitting as clown: While dressed as Peter Peanut during the Circus Day parade, he is killed by a rogue elephant that attempts to shell him. Mary is appalled as her colleagues respond to the tragedy by cracking an endless stream of jokes before the funeral. But when the funeral begins, it’s Mary who cannot keep a straight face - until the minister urges everyone to follow Mary’s example and laugh. Of course, Mary then bursts into tears.

When I heard the news about Ms. Moore, I wondered whether anyone would laugh at her funeral. I think she’d like that.