’Twas tea-time at the circus: King Jimi, he was there
Through hoops he skipped, high wires he tripped, and all the while the glare
Of the aching, baking spotlight beat down upon his cloak
And though the crowd clapped furiously they could not see the joke

’Twas tea-time at the circus, though some might not agree
As jugglers danced, and horses pranced, and clowns clowned endlessly
But trunk to tail the elephants, quite silent, never spoke
And though the crowd clapped desperately they could not see the joke

“Heffalump is better than none.” - Winnie the Pooh

It’s getting harder and harder to take tea at the circus, especially so now that the famous Ringling Brothers and Barnum & Bailey Circus plans to fold its tents in May of this year after 146 years in operation. 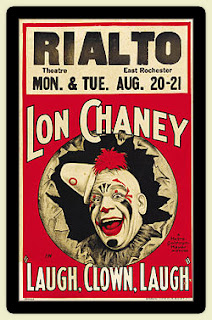 The circus - at least, in the form we’ve all come to know it - is a most peculiar and somewhat archaic form of entertainment. The Romans had circuses, of course, but they were typically bloody affairs: gladiatorial combat, people facing off against wild animals, chariot races, and similar mostly violent amusements. And no Roman circus was complete without the beloved “clowns exiting a chariot” act.

Modern circuses typically have elements in common: trained elephants, wild beasts, acrobats, horse-and-rider acts, and clowns, with the action taking place in one or more circular arenas - thus, “circus.” Sometimes this is accompanied by a carnival-style midway with rides and games.

Circuses are, by nature, traveling shows: after entertaining the villagers in a given spot, they would literally pull up stakes and move to another town - sometimes in haste. “Running away and joining the circus” was a real thing, back when the occasional visit of the circus to a backwater town seemed to offer the promise of an exciting life of travel and adventure. In reality, what it mostly offered was abuse, low and very intermittent wages, physical danger, and mountains of elephant shit. Always elephant shit. And thus, Esteemed Readers, it offered a veritable Lesson in Life.

I still remember - with as much crystal clarity as can be mustered after close to sixty years - my first experience with a real, honest-to-goodness circus. A traveling show (Cole Brothers? Clyde Beatty? I cannot recall) came to our town and set up shop in a large field, back when such things as large fields still existed there. Copious amounts of hay were laid down; then the tents went up. Dad - Eli, hizzownself - took me and The Other Elisson there one evening, accompanied by our next-door neighbor and their two boys Jon and Chris, who were roughly the same ages as we were. There were elephants, wild animals, clowns, trapeze artists, and acrobats. There was a ringmaster just like Claude Kirchner on Terrytoon Circus, a TV show we watched religiously in the afternoons mostly owing to its time slot immediately following Mickey Mouse Club. And most clearly of all, I remember the guy getting shot out of a cannon.

Yes, that was a pretty standard circus act - The Human Cannonball. He would get catapulted out of a device that looked a whole lot like a real cannon (provided you didn’t look too closely), fly through the air and through a hoop to land on nice, cushy netting. Of course, gunpowder or other pyrotechnics were used only for sound effects, compressed air or a spring providing the real propulsive force - but we kids didn’t know the difference. The sound (“BOOM!”) was loud enough to send our little neighbor Chris into a fit or hysterical weeping, but all was well after a dose of cherry sno-cone (most of which ended up on his nice white shirt, as I recall.)

The reason hay had been laid down became immediately apparent when the elephants came out. There was always some clown walking behind the huge beasts, vainly trying to keep up with their Prodigious Output with a shovel and bucket, but the hay served as a (mostly ineffective) way to neutralize the barnyard pong. At one point we were permitted to ride atop an actual elephant, which provoked little Chris to yet another bout of hysteria.

After that long-ago adventure, I never felt the burning urge to see the circus again... until the Ringling Brothers and Barnum & Bailey show landed in Atlanta in the mid-1980’s. By this time, our daughters were both at prime Circus-Viewing age, so off we went to the huge downtown venue where the show was to be held, vacant fields being both thin on the ground and insufficient for the job at hand. And it was all there: the clowns, the elephants, the wild beasts, the trapeze artists, the motorcycles speeding around in a spherical cage (human cannonballs having been taken off the menu), and the acrobats.

Ahh, the acrobats... one of whom performed an act in which she was suspended by her hair by a long cord, rotating and spinning high over the ring. She was there in the spotlight, a sparkling human jewel... and then she disappeared. Her hair had slipped out of its bindings and she had flown out of the cone of the spotlight, landing hard on the ground. We saw none of this - all we saw was the army of clowns, presumably released from the Volkswagens in which they had been imprisoned, trying to get our attention away from whatever terrible thing had just happened. We discovered later that the young lady acrobat had broken her neck... and we have never gone to the circus again.

What killed Ringling Brothers? There are, no doubt, plenty of explanations for the decline in ticket sales that ultimately doomed the show. Last year the elephants were dismissed, mainly due to ongoing outcries from animal rights activists... but that alone doesn’t explain it. I think the Ringling Brothers circus was a victim of its own success.

The circus - as I experienced it as a young snot-nose, anyway - was a personal experience. You sat in hastily erected bleachers. You smelled the hay, the elephant shit, the greasepaint of the clowns, the sweat of your fellow attendees. But the modern circus was a huge affair, mounted in humongous arenas like Madison Square Garden, or the Georgia Dome. And in our device-driven ADHD world where most kids would rather chase Pokemon than crack a library book, what chance does such an old-fashioned amusement delivery device stand?

Today, professional sports, politics, and Facebook have become the circenses to go with our panem, alas. (But you can keep the elephant shit.)